GOSSIPONTHIS.COM Hip Hop Did Jasmine Washington Go Into Hiding After Claiming Kirk Frost Is Her... 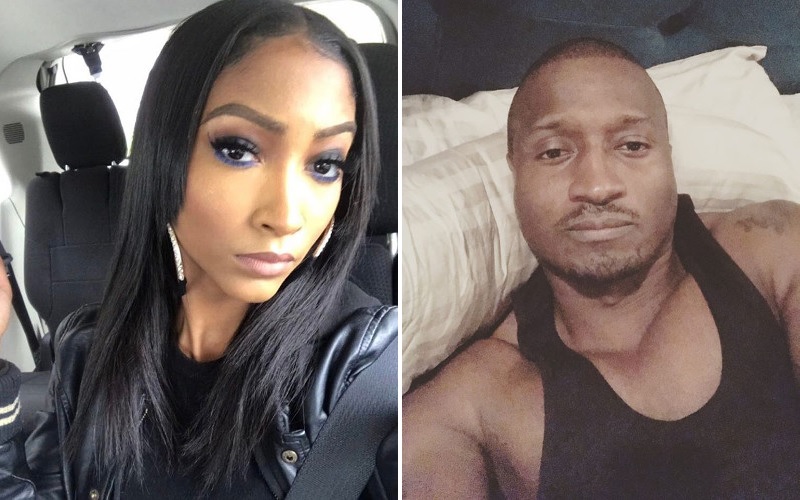 Season 6 of Love & Hip Hop Atlanta premiered with some mess right out of the gate. Kirk Frost’s rumored side chick, Jasmine Washington, dropped the bombshell that Kirk is the father of her baby. But has Jasmine gone into hiding following the premiere episode?

In the middle of Joseline Hernandez’s masquerade party, Jasmine revealed to Yung Joc and messy Karlie Redd that Kirk is the father of her infant son, Kannon. She eventually confronted Kirk, who denied even knowing the 27-year-old, let alone fathering her child.

Since the episode aired, a source exclusively revealed to HollywoodLife that Jasmine is fearing the safety of herself and her 6-month-old son. Apparently, she has caught heat from some haters online.

However, this hasn’t stopped the newest LHHATL addition from posting on social media. Jasmine maintains Kirk is her baby daddy… and he knows it. “I’m not tryna stunt, I’m just telling you the truth I swear.. #lhhatl,” she wrote on Instagram.

Jasmine first went public with her alleged affair with Kirk earlier this year when she filed for child support. She claims they were in a secret relationship for more than a year and Kirk supported her financially. However, he ended the relationship last Halloween and subsequently started denying he was the father of baby Kannon.

During the premiere episode, Kirk admitted to wife Rasheeda that he may have met Jasmine at a strip club, however, he denied ever sleeping with her.

Another source tells HollywoodLife that Jasmine believes Kirk will leave Rasheeda for her. The source adds this will never happen.

Common sense would seem that Kirk has little power in the future of his marriage because he’s the dirty dog in the situation. However, the source says Rasheeda is unlikely to kick Kirk to the curb despite his constant cheating (and his new baby).

“The only way a divorce will happen between Kirk and Rasheeda is if she demands one and it doesn’t seem like there’s anything he can do to her to make that happen. She would rather look the other way and live with him cheating than give up on their marriage.”

However, the trailer for the rest of the season does indicate Rasheeda and Kirk’s marriage will take a serious hit due to his cheating ways. The two married in 1999 and have two sons together.