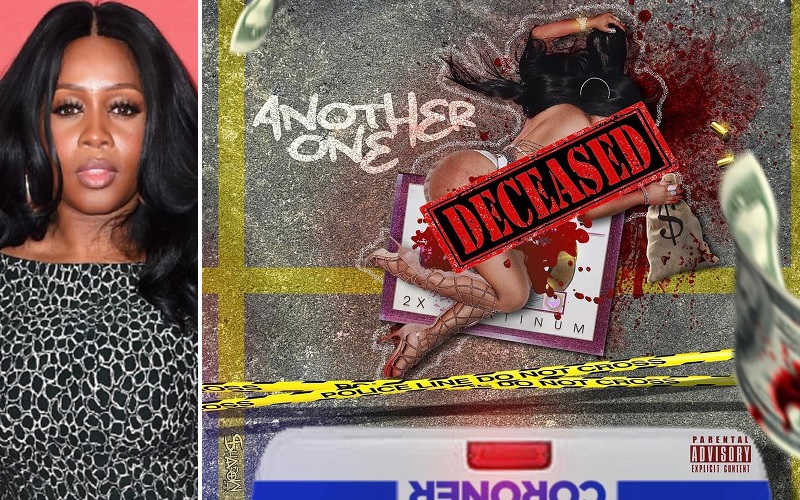 Remy Ma is really not here to play any games with Nicki Minaj. The rapper just dropped a second Nicki diss track, but maybe she should have quit while she was still ahead.

Five days after stunning the hip-hop world and dropping the seven-minute Nicki diss track, “shETHER,” Remy done did it again (à la Drake’s “Back to Back” Meek Mill diss) with a second track, appropriately titled, “Another One.” Funk Flex debuted the song on his Hot 97 show Thursday (March 3) after he found it casually sitting in his email inbox.

The three-minute track focuses on Nicki’s failure to drop a response to “shETHER.” She also hints that she has more dirt on the Trinidadian Barbie, but the track is noticeably tamer than her previous effort. In fact, Twitter was not feeling it and basically told Remy she could have kept the song to herself.

The diss track was so bad, #ThatWasTrashRemy became a trending topic.

At this point, this is Remy Ma beef with Nicki Minaj. #AnotherOne https://t.co/MLX83IV6BD

When Remy said "you can catch me outside how bout dat" #ThatWasTrashRemy pic.twitter.com/5yXEABKIbo

She said "I kick a dead horse till it don't move" but Rem if it was dead, how was it gonna ………??? #ThatWasTrashRemy pic.twitter.com/b6PH8DKOW4

How you tried to pull a Drake and ended with a meek mill ? #ThatWasTrashRemy

@RealRemyMa sis….. Who even told you that it was a good idea to step foot into that studio again? #ThatWasTrashRemy pic.twitter.com/U2MAJ5VqgK

Remy really could have left that “Another One” where it was. “shETHER” was fire and definitely gave her the win, especially since Nicki hasn’t responded (other than a weak Instagram post slamming Remy and Fat Joe’s album sales of Plata o Plomo). Remy doesn’t have to take an L for “Another One,” but can we all agree that it was completely unnecessary?