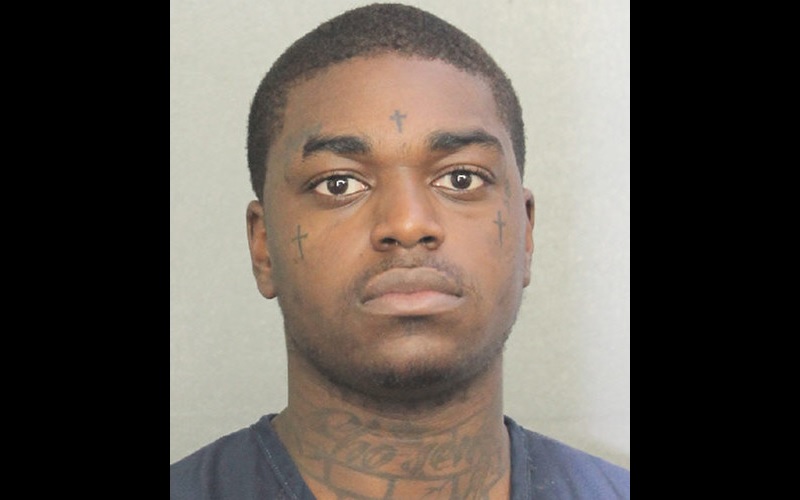 Kodak Black is back in jail. The up and coming rapper was arrested during a court hearing after a judge found he violated his parole. He was booked at the Broward County jail in Florida and held without bond.

According to the Broward County Sheriff’s office, the 19-year-old was arrested Tuesday (Feb. 28) on “violation of community control,” more commonly known as a parole violation. Online arrest details show Kodak allegedly violated his parole by possession of a firearm, and fleeing or eluding a police officer. The arrest is also classified as a felony. TMZ also reports the judge may have locked the rapper up for failing to complete an anger management program and leaving his Florida home without permission at least twice, including going to a strip club.

“failing to remain confined to his approved residence except for one half hour before and after approved employment, public service work, or any other special activities approved by the officer […] on various times and dates, as evidenced from the pictures on video showing the offender at various places that were not approved.”

Kodak currently has 5 years of probation and 1 year of house arrest.

Last September, he spent 120 days in a Florida jail on drug charges. After his release, he was then extradited to South Carolina for sexual assault charges. He was released Dec. 1 after posting $100,000 bond. Kodak’s arrest history also includes strong armed robbery, false imprisonment, and possession of a firearm.

Kodak recently released his latest single, “Tunnel Vision,” which debuted at No. 27 on the Billboard Hot 100 this week. He was also scheduled to perform in New York City for the first time tomorrow (March 1). Since no bond has been set for his latest arrest, Kodak might be a no-show.