GOSSIPONTHIS.COM Celebs Laverne Cox Reveals Why She Declined Offer to Work with Beyoncé &... 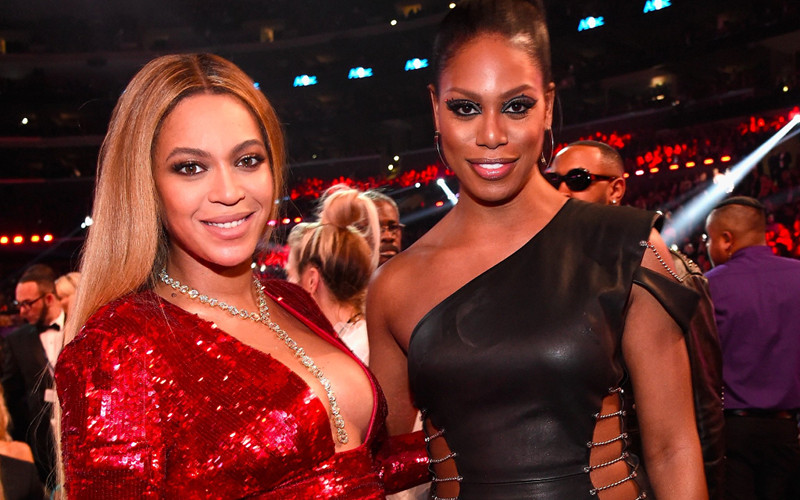 If there’s one thing you need to know about Laverne Cox, it’s that she is a die-hard Beyoncé stan!

We all witnessed this during Beyoncé’s 2014 MTV Video Music Awards medley performance of her self-titled visual album as Cox was seen getting her whole entire life in the audience.

You would think she would jump at the chance to work with her idol, but the actress just revealed she had to turn down a once-in-a-lifetime offer. She told People magazine that she was asked to appear in the masterpiece, Lemonade.

“Actually, Miss Tina [Lawson] contacted me about their initial concept of ‘Sorry’ from Lemonade. They wanted to have all these powerful, empowered black women in the video and they wanted to have me and Viola [Davis] and Kerry [Washington].

Unfortunately, Cox had to decline the offer, not because she didn’t want to work with Beyonce, but due to scheduling conflicts while filming Fox’s Rocky Horror Picture Show.

“I was shooting Rocky Horror Picture Show at the time and they were like, ‘Can you get the EP [executive producer] to shoot something and send it to us?’ and there was just no time to do it.”

Cox says it all worked out for the best and praised Serena Williams, who ultimately appeared in the video alongside Beyoncé. “The concept changed. And could you imagine anyone else?” she rhetorically pondered. “I mean, there was Serena Williams, like, giving us full life.”

Though she didn’t work with Beyoncé or appear in Lemonade, the stars aligned for the actress at the 2017 Grammy Awards, where she was able to finally meet her idol for the first time. She expressed her joy on Instagram accompanied by a picture of the magical moment.

It’s quite unfortunate Cox was unable to be part of one of the greatest works of art of the 21st Century, but maybe she’ll have the opportunity to work with Beyoncé in another capacity. Or better yet, their Grammy meeting may be the beginning of a nice friendship.