GOSSIPONTHIS.COM Celebs Carlos Santana Says Beyoncé Is “Not a Singer” Then Apologizes After BeyHive... 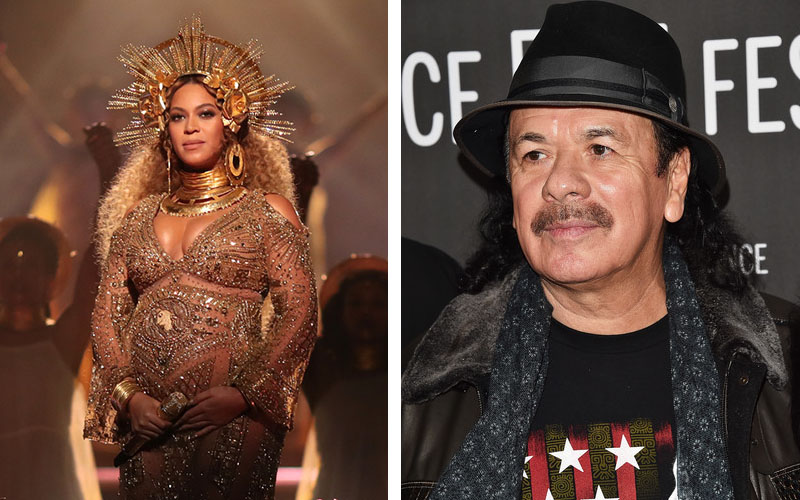 If old people learned to not stick their feet in their mouth, they really would be able to age a lot more gracefully.

Carlos Santana is a rock legend, so I don’t want to disrespect him too much, but the man behind top 40 hits such as “Smooth” and “Maria, Maria” needs a slap or two for his ridiculous comments about Beyoncé.

As the world continues to recover from the head-scratching decision from the Grammys, which awarded Album of the Year to Adele and not Beyoncé, Santana decided to fan the flames and declare himself Team Adele.

“I think that Adele won because she can sing, sing,” Santana told AAP.

“With all respect to our sister Beyonce, Beyonce is very beautiful to look at and it’s more like modelling kind of music – music to model a dress – she’s not a singer, singer, with all respect to her,” he said.

Now, see, this is the kind of shit that makes me really mad. Yes, Beyoncé is more of an all-around entertainer than Adele is, but on what planet does that mean you’re less worthy of winning Album of the Year? Michael Jackson was a powerful singer and dancer: Will anyone sit here and argue that the man was NOT a remarkable singer because he moonwalked?

Furthermore, when did the notion that the only singers that can or should be rewarded are those who stand still and belt? Carlos’ comment is especially confusing given that Taylor Swift has won Album of the Year twice. Surely, Carlos can agree that Taylor Swift is NOT a better singer than Bey, right?

Furthermore, on what planet is Beyoncé NOT a good singer? Roll the tape:

Of course, as you’d expect, the Bey Hive PROMPTLY got in that ass and swarmed his social media handles with fire and fury. The backlash prompted Santana to back pedal a little bit and claim his comments were “taken out of context.”

In the words of Queen Bey herself: