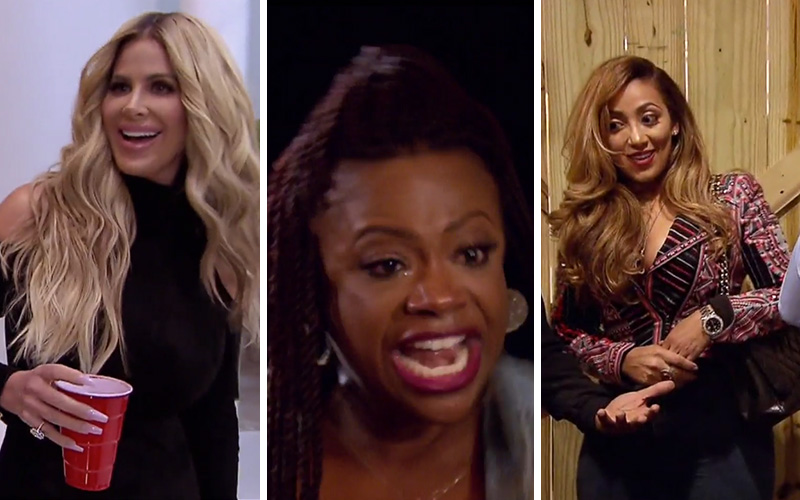 Bravo just dropped off a new trailer highlighting the second half of The Real Housewives of Atlanta Season 9, and by the looks of it, things are about to turn all the way up.

In the explosive two-minute teaser, Kim Zolciak-Biermann and her husband Kroy pop up at Sheree’s infamous housewarming party for Chateau Sheree (which later landed Sheree a $1,000 fine for failing to have the proper permits for occupancy), and Kim immediately clashes with Kenya Moore.

And that’s just one of many drama-filled moments in the trailer.

Elsewhere, Apollo’s new fiancée Sherien Almufti crashes the opening of Kandi Burruss and Todd Tucker’s new restaurant OLG (Old Lady Gang), much to the surprise of Phaedra Parks, and Kandi and Porsha Williams go at it over Porsha spreading rumors about Kandi being a lesbian and having a sex dungeon in her house. Things get so heated between the two that it looks like they’re about to come to blows, with Burruss threatening to “f**king choke the sh*t out of this bitch,” referring to Williams.

RHOA airs Sunday nights at 8 p.m. Be sure to tune in weekly so you don’t miss a second of the drama mentioned above!