GOSSIPONTHIS.COM Hip Hop Is Kanye West Coming Back to His Senses and Ditching Donald Trump? 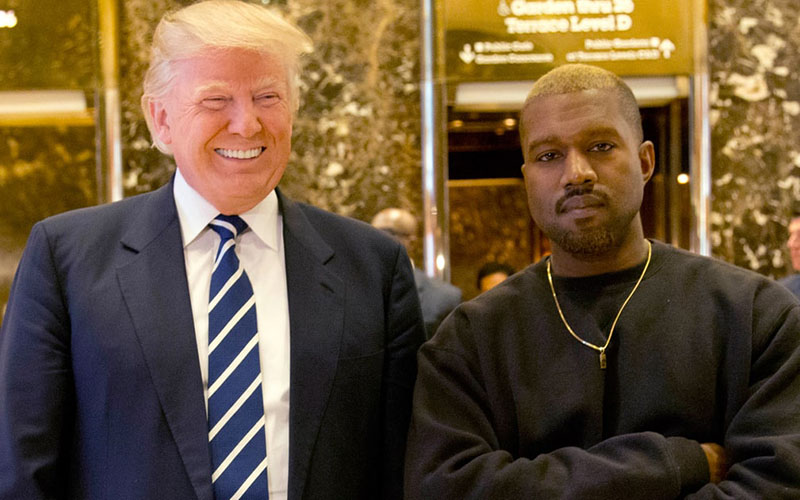 For those of us who went to college when Kanye West emerged on the hip-hop scene, he was our hero and our icon.

His outspoken nature was seen as an asset, not a liability. But in recent years, since he paired up with Kim Kardashian and started turning his fury and frustration against the fashion houses of the world, Kanye started to become insufferable. But the peak of Kanye’s obnoxious came last year when Kanye literally lost his mind and started insulting Beyoncé and Jay Z onstage at his concerts and proclaimed himself to be a Trump supporter.

At that point, Black Twitter pretty much ex-communicated Kanye and Kanye found himself committed to a rehab for “exhaustion.” When he emerged from his hospitalization, Kanye was blond and trotted himself over to Trump Tower for a photo op.

It was a move meant to clarify that if you thought Kanye’s support for Trump was a misguided, confused expression of his imbalanced mental state, this move cemented his full-throated approval of Mr. Pussy Grabber himself.

Kanye West has scrubbed his Twitter account of all things Trump, and it’s because he’s super unhappy with the president’s performance over his first 2 weeks in office.

Kanye had tweeted about Trump in a positive light after the election. In December, the day he met with Trump in NYC, he wrote, “I feel it is important to have a direct line of communication with our future President if we truly want change.”

Kanye also wrote about issues on which he felt he could influence Trump, writing, “These issues include bullying, supporting teachers, modernizing curriculums, and violence in Chicago.”

Good for Kanye, but I don’t think Black Twitter is going to be so quick to forgive and forget.

WPXI News claims that Kanye’s change of heart might have something to do with a new anti-Trump song Ye has produced for King Myers, a new G.O.O.D. Music artist. The song calls for Americans “to impeach the president” and lashes out against the hateful Muslim Ban Trump unleashed on the world. You can listen to the anti-Trump song below.