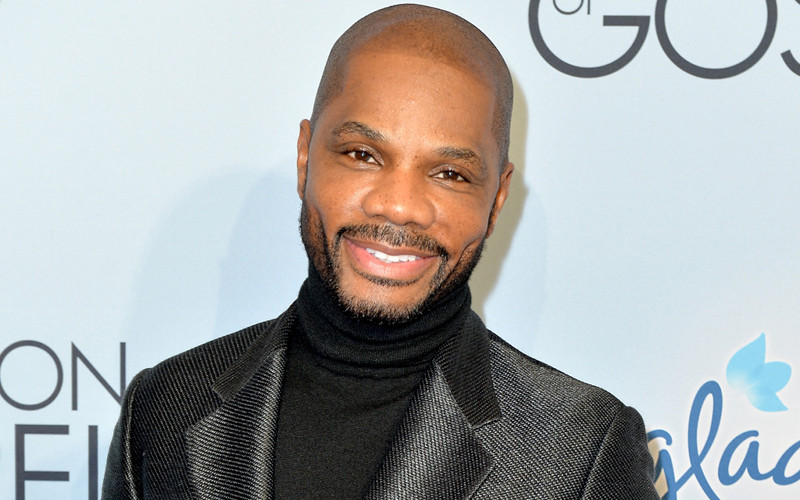 Gospel singer Kirk Franklin may be a man of God, but one twitter troll learned very quickly that he is not the one to try.

Although Christian, Franklin took to his own Twitter account on Saturday (Jan. 28) to stand up for his Muslim brothers and sisters.

What happened today is not biblical Christianity. This is politics. Pro-life should mean ALL LIFE.
I'm not part of that Christian club.

A Trump troll felt some sort of way regarding Franklin’s compassion towards people of another faith and left an ominous comment about the singer’s daughter.

.@kirkfranklin I trust u’ll be leaving ur doors unlocked tonight. Oh & ur brothers want to know if u have a daughter.

Franklin gave a brilliant comeback – in Jesus’ name, of course!

yes I have a daughter and the ability to protect her. Please come so I can have a reason to introduce you to it in Jesus name

So yea, I dare anyone to run up in Kirk Franklin’s house. Social media approved of Franklin’s epic clapback as well.

Kirk Franklin representing the radical Christianity that I know. The pull up if you want to. I'm here for it.

Y'all Trump Supporters got Kirk Franklin out here like: pic.twitter.com/zG35gFSbNr

After his posts went viral, Franklin returned to Twitter Sunday (Jan. 29) to further explain why he defended another religion and called those of the Muslim faith his “brother.”

Morning family. Since my tweet about Muslim ban yesterday, my timeline has been filled with people fighting with each other to be right…

It was a term of endearment. But because we have been fed fear we're quick to react and not give grace to each other.

Everyone will lose. No one wins when the agenda is to be right. I don't know everything..no one does. But pride will kill this country..

Franklin has been outspoken in the past and typically supports inclusiveness. It’s great that he would use his platform to advocate for people who are of a different religion than or those that may share different beliefs/opinions.

Though he is all about love and Jesus, don’t get it twisted. The moral of the story is don’t underestimate Kirk Franklin; he doesn’t play any games.