GOSSIPONTHIS.COM News Bishop Eddie Long Cause of Death: How Did the New Birth Pastor... 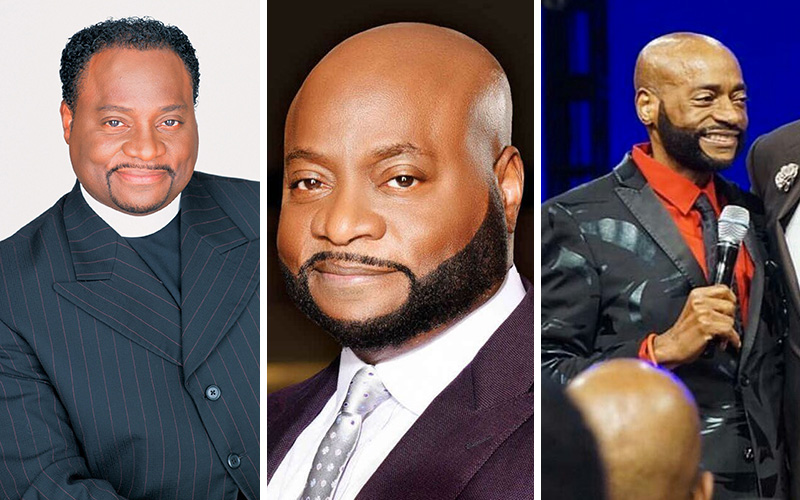 Bishop Eddie Long, senior pastor of New Birth Missionary Baptist Church in Lithonia, Georgia near Atlanta, died Sunday (Jan. 15) at the age of 63 years old. How did he die? What was his cause of death?

According to Long’s church, the Bishop succumbed to complications from an “aggressive” form of cancer.

“Today it is with great sadness I announce that our bishop has transitioned,” Bishop Christopher C. Smith said during New Birth’s Sunday morning service today, according to AJC.

There reportedly “wails” and “shrieks” from the crowd, who had already been informed of Long’s passing via social media and text messages early Sunday. An official statement from the church revealed Bishop Long died early Sunday morning after “a gallant private fight with an aggressive form of cancer.” The statement added that Bishop Long “maintained his commitment” to God “as he proclaimed that cancer would not kill his faith nor his spirit.”

Long reportedly delivered his final message to New Birth as the church brought in 2017. “He told the church that God was already working in our favor and what we have been praying for was already manifested,” the statement read.

First Lady Elder Vanessa Long, the Bishop’s wife of the past 27 years, released her own statement, saying that she was happy for him to finally be “at peace.”

“I am confidant through my belief in God that my husband is now resting in a better place,” Vanessa Long said. “Although his transition leaves a void for those of us who loved him dearly, we can celebrate and be happy for him, knowing he’s at peace.”

In response to reports that Long had been hospitalized and only had months to live due to him battling a “grave” illness (which many believed to be cancer or AIDS/HIV), Long released a statement in September 2016 confirming that he was recovering from a “health challenge.”

“I am recovering from a health challenge that I trust God to deliver me from,” the statement read. “It is unrelated to the eating for life diet consisting of mostly raw vegetables that I am continuing, as part of a holistic approach to good health. At this time, my family and I are requesting that you respect our privacy. I truly appreciate your prayers and support for me, my loved ones and my beloved New Birth Church Family.”

Questions regarding the the New Birth Pastor’s health were raised once again when he emerged months later in December 2016 with a shockingly frail appearance.

Eddie Long was born on May 12, 1953 in Huntersville, North Carolina. He was chosen as pastor of New Birth Missionary Baptist Church in 1987, four years after the church after the church adopted its current name. When Long became pastor, the church had around 300 members, but as of today, the church’s current membership is nearly 30,000 parishioners.

In 2010, Long was accused of sexually abusing four male members of his congregation. The men, who are all now in their 20s, each filed separate civil lawsuits, and told similar stories of Long approaching them in their early teens.

The young men accused him of indoctrinating them as “spiritual sons” and offering them cash, cars and trips to exotic locations around the world. When they turned 17 or 18, the men said their relationships with Long would quickly turn sexual.

Though no criminal charges were filed (because the men were of legal consenting age when they allegedly had sex with Long), the lawsuits against Long were eventually settled in 2011 for an undisclosed amount.

Bishop Eddie Long is survived by his wife of 27 years, First Lady Elder Vanessa Long, as well as their four children (three sons and a daughter): Eric, Edward, Jared and Taylor, and three grandchildren.

New Birth Missionary Baptist Church celebrates the life and legacy of Bishop Eddie L. Long who is now spiritually healed and home with the Lord. Bishop Long, Senior Pastor of New Birth, transitioned from this life early Sunday morning after a gallant private fight with an aggressive form of cancer.

As a man of God with unyielding faith, Bishop Long maintained his commitment to our Heavenly Father as he proclaimed that cancer would not kill his faith nor his spirit. First Lady Elder Vanessa Long, Bishop Long’s wife of 27 years offered the following.

Deeply committed to his church, even in his last days, Bishop Long delivered his final message to New Birth as we ushered in 2017. He told the church that God was already working in our favor and what we have been praying for was already manifested.

In his departure, we receive that and as faithful members of New Birth, we praise God for the life of Bishop Long. Bishop Long was known as one of the most influential faith leaders in the world. He stood strong as a Kingdom Builder, pioneering leader, and revolutionary mind changer.

Long was a family man and spiritual leader who was well respected and loved for his passion to unapologetically and courageously preach the gospel of Jesus Christ. Long inspired thousands of believers around the world through his global ministry that literally changed lives.

Through his earthly battle, Bishop Long believed that God was once again using him to help others see the power of the Holy Spirit through the love New Birth displayed to him and the countless prayers sent up by others from every corner of the earth.

The Long family thanks you for your prayers, condolences and messages of love. The family appreciates your support and respect of their privacy, as they prepare along with New Birth, for the homegoing service to honor Bishop Long. The date and other details will be announced in the near future.