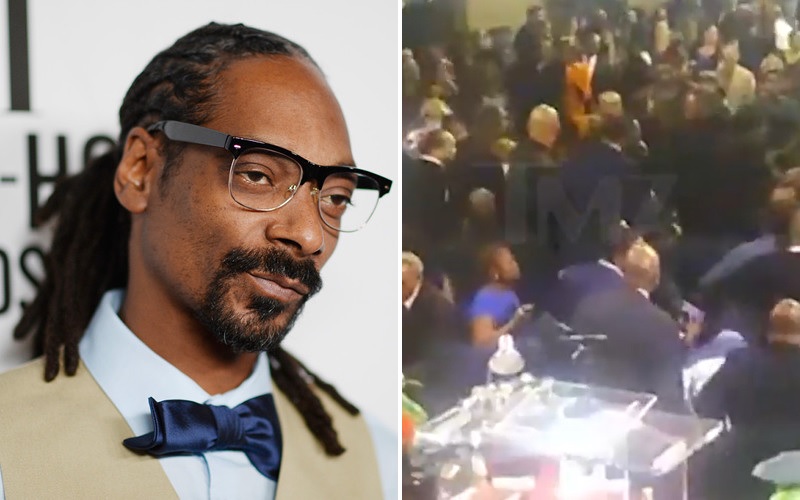 “It’s sad. They’re fighting at a funeral… It’s so disrespectful!”

Actress/comedian Sherri Shepherd was in utter dismay while attending comedian Ricky Harris’ funeral Tuesday (Jan. 3). An actual fight broke out during the service and she caught it live on Periscope. Snoop Dogg was at the center of the fight.

According to reports, a man rushed into the church and attempted to come for Snoop, who grew up with Harris in Long Beach and was a longtime friend. The man, who is reported to be Harris’ cousin, called Snoop a “b*tch ass ni**a.”

Two members of Snoop’s crew were able to tackle Harris’ cousin before actually getting to Snoop and was taken out of the church by Snoop’s bodyguard. However, the attempted attack still sparked a massive brawl.

Following the funeral, Snoop reflected on the service on Instagram. He only briefly mentioned the fight, but mostly kept his comments on honoring his friend.

“Beautiful service today. Oh yeah – the devil is a mothaf**kin’ lie. Yeah, he is. We had a great time, great service. Rick, your spirit lives on by the LBC’s finest. Rick Harris, rest in paradise.”