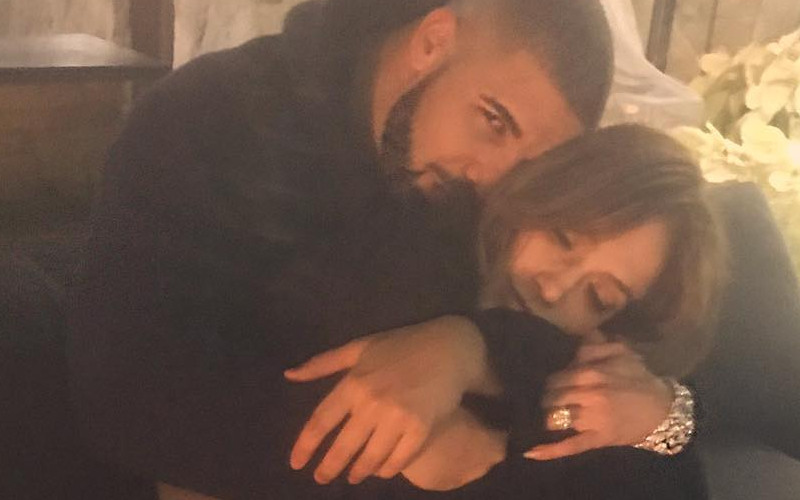 Has the first celebrity super couple of 2017 already formed? People are going nuts as it seems Jennifer Lopez and Drake are now in a relationship.

The two entertainers all but confirmed their relationship status early Wednesday morning (Dec. 28)/late Tuesday night with a simple Instagram photo. Drake posted a photo with J-Lo wrapped in his arms with her eyes closed. Lopez posted the same pic around the same time.

Neither post included a caption, which left us all decide to for ourselves what the boo’d up pic truly meant. Of course, social media immediately concluded the 30-year-old rapper and 46-year-old entertainer are officially an item.

Drake about to be Hispanic for 6 months. Gasolina remix coming soon! ? pic.twitter.com/mDOLSqZmQx

Drake & Jlo: "This will definitely break the internet!!!!"

Out of all the things Drake has done, dating JLo tops them all & it's not even close.

You reckon drake has fancied J-Lo since he was 3?

When you've moved to Rihanna, Serena Williams & J Lo all in one year.

Rumors of a Drake & J-Lo relationship first began earlier this month when Drake was spotted at two of Lopez’s Las Vegas All I Have shows. He followed that up by shutting down the West Hollywood restaurant, Delilah’s, for a private dinner for the two. Although their entourages were also invited; I guess to throw us off a little.

Speaking of Rihanna, Us Weekly is also reporting she unfollowed Lopez on Instagram over the Christmas holiday. Putting all the pieces of the puzzle together, its believed she’s caught wind Drake and Lopez’s new fling.

Social media can probably calm down on this one though. Drake and J-Lo’s newfound relationship is most likely just a fling that won’t last more than a few months. As Twitter noted, he likes to sample whatever he can and Lopez’s ex-husband and father of her twins is now on the market.

Marc Anthony just filed for divorce from his wife of two years and he and Lopez recently shared a kiss onstage.