GOSSIPONTHIS.COM Celebs Debbie Reynolds Cause of Death: How Did Carrie Fisher’s Mother Die? 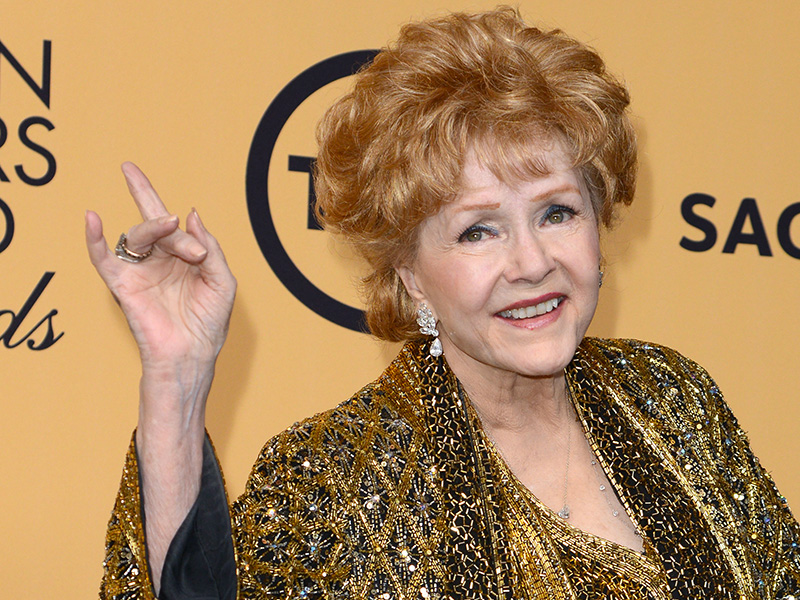 Debbie Reynolds, iconic actress, singer and entertainer, died Wednesday (Dec. 28) at the age of 84. Her passing came exactly one day after that of her daughter’s, Carrie Fisher, who died on Tuesday (Dec. 27) at the age of 60 after suffering cardiac arrest.

Because her death came so quickly after her daughter’s, a lot of people are asking questions like, “How did Debbie Reynolds die?” and “What was her cause of death?”

Reynolds reportedly died after suffering a stroke. TMZ reported that she was rushed to the hospital Wednesday afternoon. She had been at her son Todd Fisher’s home in Beverly Hills planning Carrie’s funeral. Carrie had passed away on December 27th, four days after suffering a massive heart attack near the end of a transatlantic flight from London to Los Angeles.

A report from TMZ stated that despite reports of Carrie being “stable” after the health scare, her condition never improved, and she was “unresponsive” up until the day she died.

Debbie and her daughter Carrie were extremely close, and Debbie was said to have taken Carrie’s death very, very hard. In fact, just hours before her stroke, she told her son Todd, “I miss her so much, I want to be with Carrie,” according to TMZ.

Sources close to the family say Debbie, who had several strokes this year, was in failing health, and Carrie’s death was apparently too much to bear.

Born in 1932, Debbie Reynolds’ illustrious career included acting and singing. Her first major role came in 1950 when she played Helen Kane in Three Little Words. She gained fame over the years playing roles in a number of films, such as The Affairs of Dobbie Gillis, Bundle of Joy, The Catered Affair, Susan Slept Here, Tammy and the Bachelor, How the West Was Won, The Unsinkable Molly Brown, The Singing Nun, and many others.

Reynolds was also a voice actress, lending her voice to classic films like Charlotte’s Web and Rudolph the Red-Nosed Reindeer: The Movie. She also voiced “Lulu Pickles” in Rugrats in Paris: The Movie.

In addition to being an accomplished actress, singer and entertainer, Debbie Reynolds was also a businesswoman and humanitarian. She ran her own hotel in Las Vegas, the (now-closed) Clarion Hotel and Casino, formerly known as Debbie Reynolds’ Hollywood Hotel, and she was also the president of The Thalians, a non-profit that helps mental health causes.

Debbie Reynolds was married three times. Her first husband was singer Eddie Fisher (from 1955 – 1959), and they had two children together, Carrie and Todd Fisher. She famously divorced Fisher after his affair with Elizabeth Taylor. Reynolds was also married to businessman Harry Karl from 1960 to 1973, and real estate developer Richard Hamlett from 1984 to 1996.

Debbie Reynolds is survived by her 58-year-old son Todd Fisher.