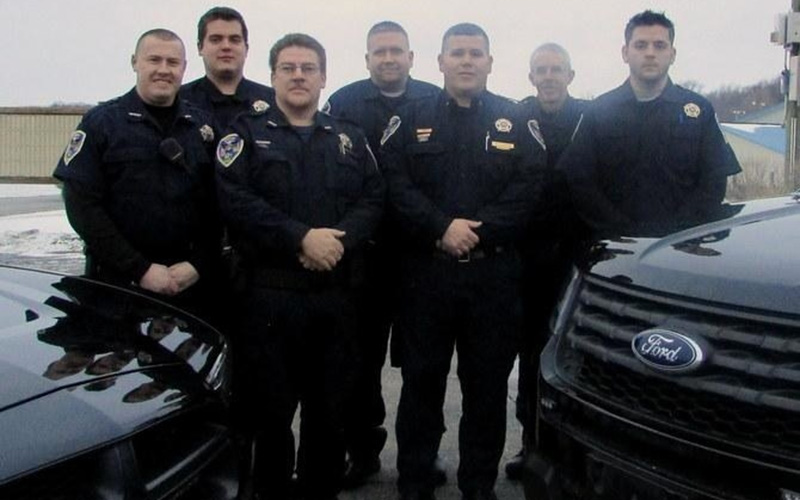 The small town of Bunker Hill, Indiana (with a population of under 900 residents) is without police today after the entire police force quit in protest of an “immoral” Town Council. Here are some things to know: Earlier this week, the town marshal, Michael Thomison, and his four volunteer deputies walked off the job in protest.

“We have had issues with the town board, and there are some activities there where I felt like they were serving their own agenda,” Thomison said.

The resignation of the entire police force has left the small town without any local police force. A sign in the window of the police department currently read, “The Town is currently without the Police Department. In the case of an emergency, please call 911.” As the town council struggles to fill the vacancies, county police will be handling any emergencies in the town of Bunker Hill.

2. The officers quit because they are protesting “immoral” actions by town officials.

The former marshall Thomison alleges that he and his deputies were forced to quit after the council repeatedly demonstrated an engagement in “illegal, unethical, and immoral things,” according to their resignation letter.

Thomison says he tried to work with the council, even going so far as to solicit the help from Indiana State Police to intervene. Despite his efforts, however, council members continued with their activities, such as asking for background checks of past and current members of the council, as well as other “unethical” directives for officers.

3. Town officials were limiting their ability to work.

In addition to the dubious behavior by council members, Thomison states that they actively tried to limit his and his deputies’ ability to perform their job properly. Among the complaints are being denied a request for additional bullet proof vests, as the department only had one that had to be shared. They also were told by the council that they could only use one of their two patrol vehicles at a time, further limiting their ability to police properly. And despite trying to work with council on these matters, according to Thomison, they were continually restrained by a lack of supplies and skimpy funding.

4. Money was apparently a big issue.

According to a statement released by the council, the disagreements were not over nefarious activities on their part, but rather a lack of funding. “These disagreements have primarily been caused by the lack of funding available to the town to invest in the police department. However, the council denies that it has failed to provide body armor the marshal or reserve deputies,” the statement read.

To this point, Thomison himself admits that many of his complaints stem from the lack of funding. In regards to only being able to use one police cruiser, Thomison says, “they said that it cost the town money. Basically gas money.”

Thomison also has a personal slight due to funding, as after undergoing treatment for cancer in January, he was told his insurance was costing the town too much money and was restricted to working 29.75 hours a week — 15 minutes shy of the 30 hours that mandates benefits for an employee.

5. The officers were punished for doing their jobs.

But Thomison and his deputies deny that this was simply an argument over funding. They cite multiple occasions where they felt that council members believed themselves to above the law, so to speak. In addition to being asked to perform unwarranted background checks on other members of the council, they also say they were retaliated against for performing their duties.

When one officer pulled over a council member’s wife, he was later written up for “speeding,” because he was traveling faster than the posted speed limit while responding to a drunk driver.

Another officer was written up as well after stopping a council member for a malfunctioning tail light. Shortly after the stop, the council member complained that he “took off quickly,” and so he was cited for “abusing town equipment.”

“It just bothered me because I knew his complaint was unfounded,” the officer told BuzzFeed News. The town council denies these allegations, however, and are currently in the process of obtaining a new marshal and reserve deputies. In the meantime, the town will be left without their police force.

“None of us wanted to quit,” said one of the reserve officers who resigned. “They basically did whatever they wanted to do, whether it’s by the law or not.”