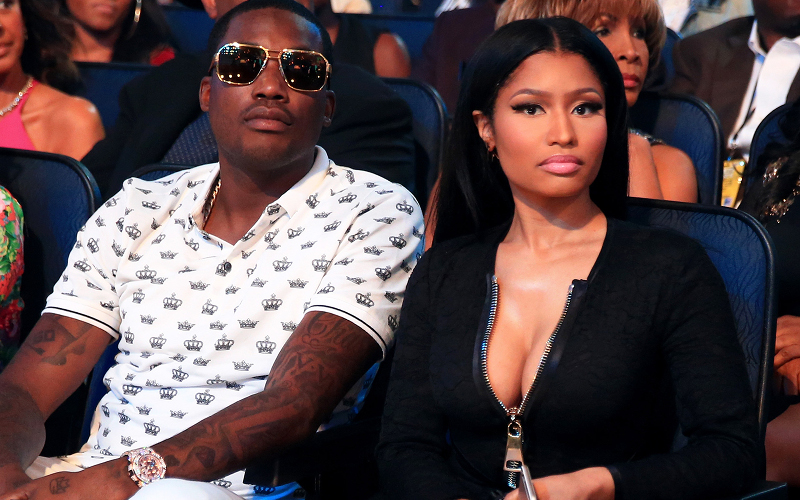 Nicki Minaj and Meek Mill have been vacationing in Turks and Caicos to celebrate her birthday. However, is there trouble in paradise?

The hip hop couple have sparked rumors they have broken up thanks to their recent social media activity (or lack thereof in Meek’s case).

Early Saturday (Dec. 10) fans notices Meek had deleted his Instagram account. Social media and entertainment blogs immediately pondered if the sudden action had anything to with his relationship with Minaj.

This is actually the second time Meek has deleted his account in recent months. During his beef with The Game in October, he deleted the account to “step out of the circus” and remove himself from “all the funny sh*t that was going on the internet.”

Meek’s mysteriously vanished account caused fans to peep Minaj’s IG. Her posts did not help to calm the split rumors. One of Minaj’s Dec. 10 posts was about knowing her value and worth.

“Thank God u blew it. Thank God I dodged the bullet. I’m so over u. Baby good lookin out. #BestThingUNeverHad”

Social media seemed to be fed up with the couple’s hot and cold relationship.

Nicki quoting best thing I never had? Her and meek broke up or she still being petty and send shots at safaree?

So Meek's IG is deleted and Nicki's on IG talking about "thank god you blew it, thank god I dodged a bullet" what's going on?? pic.twitter.com/r4PD4Go6if

Meek and Nicki are annoying on IG when they "break up" ?..in a few days he'll be back posting pics calling her his queen lol

this meek nicki bullshit every week is fuckin weak ?

Neither Nicki nor Meek have commented on the state of the relationship or the rumors they have split.