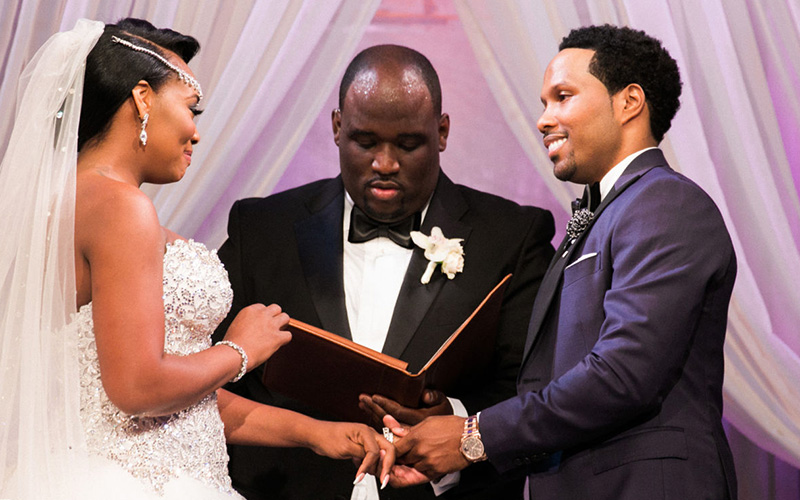 Remember that extravagant, royal, glittery wedding ceremony that Mendeecees and Yandy had broadcast live on VH1 to the world?

I hope you enjoyed that because the ceremony was purely for show.

If you know anything about the law and finances, it’s not hard to figure out why they might shy away from legally marrying each other. With Mendeecees facing serious jail time for very serious charges, it appears that the two were advice to keep their assets separate.

The sleuths and detectives on the internet are on the hunt for the truth though. An alleged insider spilled the tea on what’s going on to The Jasmine Brand.

Contractually he signed a ‘power of attorney’ over to Yandy. They did their wills together, so they have rights as a couple. However, their situation is tricky. At the time of their wedding ceremony, his plea wasn’t signed yet, so they weren’t sure if he was going to have to pay restitution.

If he would have had to pay restitution, Yandy would be responsible. And that’s something that he didn’t want. So they had to wait for his plea deal to be signed and unfortunately it was after the 60 days.

Mendeecees took to IG (how do you get on social media while you’re in federal prison BTW?) and TRIED to clear the air by repeating that Yandy is his wife, but it’s an empty statement with no receipts.

Honestly, given their situation, it’s a wise decision to make. But given those circumstances, they probably should’ve held off on having that elaborate ceremony to save Yandy from having all this egg on her face.