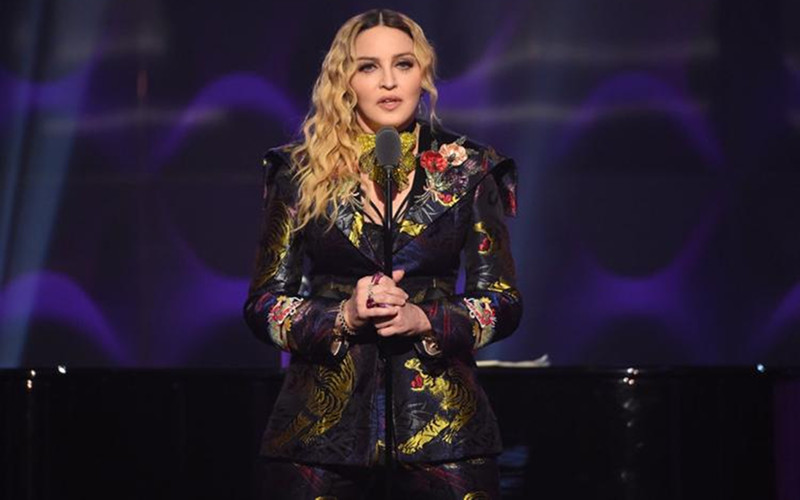 It’s still hard to believe that in just a few short years we’ve lost legends like Prince, Whitney Houston, and Michael Jackson. Meanwhile, Madonna is out here grinning from ear-to-ear like she outwitted, outlasted and outplayed these icons in a celebrity edition of Survivor.

Madonna was honored with the Woman of the Year Award at the 2016 Billboard Women in Music event on Friday (Dec. 9). The singer gave an overall powerful and emotional speech that focused on the misogyny and sexism she has faced over her 34-year-long career.

However, things went way left when she basically bragged about outliving other iconic musicians like Michael and Whitney.

“People say that I’m so controversial, but I think the most controversial thing I have ever done is stick around. Michael is gone. Tupac is gone. Prince is gone. Whitney is gone. Amy Winehouse is gone. David Bowie is gone. But I’m still standing.”

Say, what?! Even the audience wasn’t too sure how to respond.

It’s definitely a testament to sustain a career and remain relevant in an industry that’s ever changing and embracing someone shiny and new – Kudos to Madonna for that. But it’s not like Tupac, Prince, and Michael just couldn’t cut it; they died!

And contrary to Madonna’s defiant declaration, they’re all still standing as well, through their music. The music they created will live on and the musicians themselves will continue to be legends and icons for decades to come.

Madonna can outlast Prince, Michael Jackson, Whitney, David Bowie, Tupac, and Amy in life but she can't outlast in impact or sales. pic.twitter.com/ZcQW1zYk4m

Names @Madonna needs to keep out her mouth:

I almost bought the #Madonna speech had she not thrown #Tupac in for street cred and #AmyWinehouse for generational sympathy. Marketing.

And Madonna could never be as legendary as Michael, Tupac, Whitney or Prince. Let's just get that shit straight. She tried it.