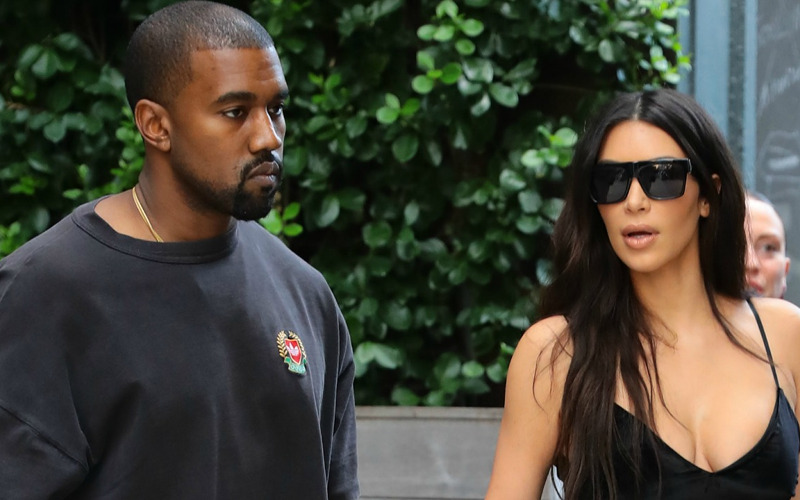 Many have been counting the days until Kim Kardashian and Kanye West split since the moment the couple took their relationship public. One source says that day is quickly approaching as Kim contemplates filing for divorce.

“It will take some time before she can do anything but she doesn’t want to stay married… She cares about Kanye and feels relieved he’s getting the help he needs, but she’s felt trapped for a while.”

The source says Kim wants to be by her husband’s side until he makes a full recovery and needs time to build a case for full custody of their 2 children. According to Us, Kim is already limiting Kanye’s time with the kids, 3-year-old North and 1-year-old Saint West, by remaining in their Bel Air mansion, while Kanye recovers in a private rental home.

Us Weekly’s report was quickly shot down as the news began to spread. The official Keeping up with the Kardashians‘ Twitter account debunked the rumor.

Calm down everyone: Kim and Kanye are NOT divorcing. https://t.co/4pjAeghfaI pic.twitter.com/CgaWczaJZ6

Someone close to the Kardashian legal team also spoke to E! News. “I know for a fact that’s not true,” the source said, referring to divorce whispers.

However, this does not mean Kim and Kanye’s marriage is completely solid. “It’s been a very hard couple of months,” a source close to the family told E! News. “[Kim] has many things on her plate, so being overwhelmed is expected.”

Though I do believe “Kimye” has shelf-life, I don’t think they will be splitting anytime soon. “She wants to get Kanye back on his feet. She is not leaving him. She loves him,” the E! News source continued.

“Kim does not want to divorce and she is spending her time taking care of Kanye,” another source added.