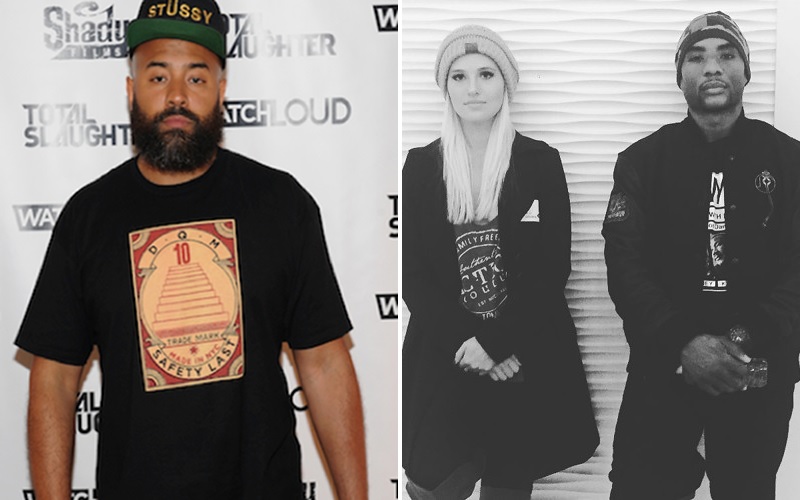 As host of her web show, TheBlaze, Lahren’s ultra-conservative views have sparked heavy debates, specifically on Twitter. She’s compared the Black Lives Matter movement to the KKK, criticized Colin Kaepernick and Beyoncé, and is a staunch Donald Trump supporter.

Lahren recently appeared on The Daily Show with Trevor Noah to discuss their differing opinions. The two later had drinks together at hotel bar.

So yeah, none of this is sitting OK with Ebro and Rosenberg. “What I’m seeing is what I call slave mentality taking place,” Ebro says of Noah and Charlamagne. However, his rant continues to specifically target Charlamagne.

“The problem I have today is that you’re trying too hard to be accepted by mainstream White America… You do not have to get on TV and Sambo like that, bro.” He even calls out the host for allegedly bleaching his skin.

Ebro was also joined by Rosenberg via phone. However, Rosenberg went on his own rant over Lahren & Charlamagne (and Noah) on Twitter.

Charlamagne has not addressed the issue verbally, but he did post a “positive note of the day” on Instagram shortly following Rosenberg and Ebro’s rants.