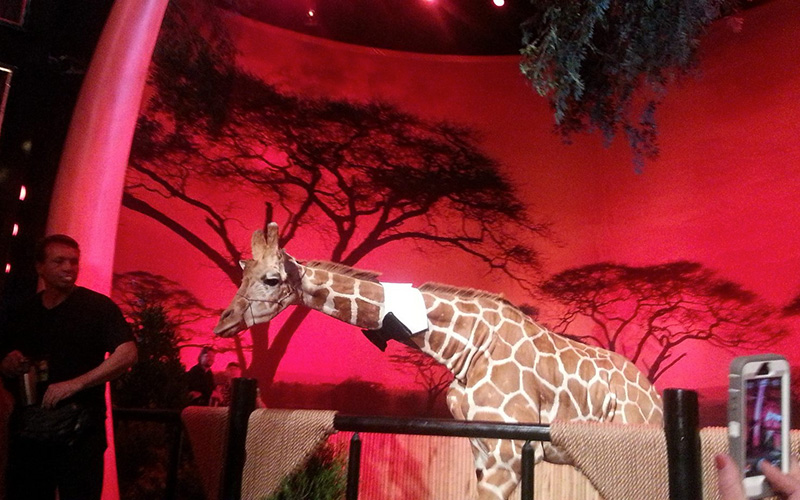 2016 has been a particularly contentious year. With the elections, political debates, social and racial issues, Bill Murray or Tom Hanks, and shiny vs. painted legs, many arguments have taken place online. Enemies were made, friends were lost, and we’re still no closer to solving most of these important issues.

Well, it looks like we have at least one more sneaking in before the end of the year. How would a giraffe wear a necktie?

When giraffes go to work do you think they put the tie at the top or bottom of their necks?

Asking for a friend. pic.twitter.com/e3cFarF75P

It appears the question has been posited by Jeremy Hammond via Twitter, and it has since sparked a back and forth across the nation with people busting out evidence (and great Paint art) to back their points.

bottom. Basing this on how they like to wear scarves. pic.twitter.com/MIT6IKQpGI

They wear three at the top of the neck. My sister is an expert. pic.twitter.com/jZHV4n26H9

@fedelowe it depends… The cool ones prefer at the bottom, of course.

I feel the premise is wrong. A human's tie covers the majority of its wearer's neck. A giraffe's should too. pic.twitter.com/XQMIgHqcEI

It has nothing to do with the chilled/uptight situation. It's simple. And the neck of the length shouldnt make a difference. pic.twitter.com/Dfcj6uA5wL

The importance of this extends far beyond just giraffes. This decision will likely end up affecting ostriches, gazelles, and (should Jurassic World ever decide to get classy) certain dinosaurs.

So, we as a nation must decide, where the hell does the tie go?