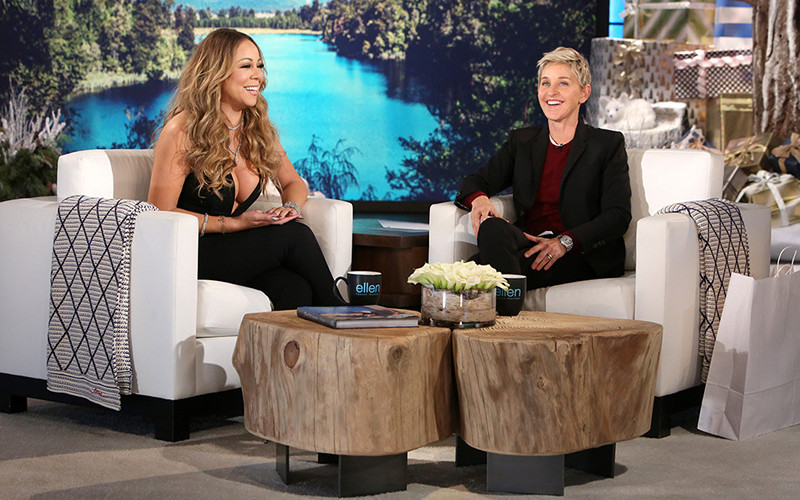 Mariah Carey’s world is a little hectic at the moment. The singer is currently on a promo tour promoting her upcoming docu-series on E!, while also dealing with her broken engagement to billionaire James Packer.

Carey appeared on Ellen Wednesday (Nov. 23) to promote Mariah’s World. However, the talk show host had to address the elephant in the room. “How are you?” Ellen asked after explaining the situation to the audience.

“Now it’s a whole friggin’ thing … I think I’m doing well … Everything happens for a reason. Things are the way they are.”

Ellen then asked if Packer’s alleged unwillingness to appear in Mariah’s World caused friction in the relationship (though he does appear in at least one episode). Carey seemed to get a little uncomfortable reflecting on the matter and deflected to compliment Ellen’s holiday decorations.

“It’s kind of difficult to talk about it at the moment. So I’m just going to compliment you on these decorations once again because they are fabulous, and I am here, among them.”

Clearly, she’s still mending a broken heart. But this is also somewhat of a contrast to what she recently told E! News’ Zuri Hall. The correspondent asked if it was difficult watching the first episode, in which the singer is seen making wedding plans. Carey said “no” because she’s “moving on.”

Packer broke off the engagement in October allegedly due to reservations over the reality show and Carey’s “extravagant spending.” The couple began dating in 2015 and became engaged in January. Carey kept the $10 million engagement ring.