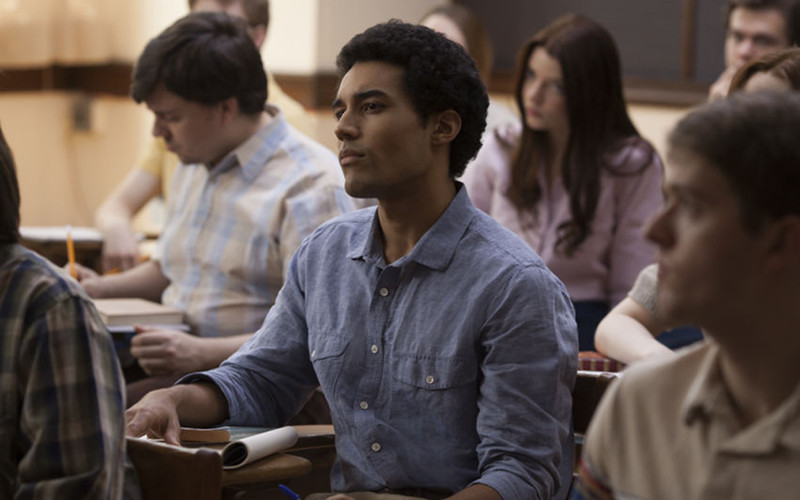 It’s close to that time when pundits reflect on President Barack Obama’s legacy and several documentaries & biopics will be released. Netflix has released the official trailer for its upcoming biopic, Barry.

The highly-anticipated film will not be a political thriller detailing Obama’s most dramatic and triumphant moments in the White House. Instead, the feature film will focus on Obama as a junior at Columbia University, before he was a political figure and the charismatic leader we have grown to adore.

Barry takes places in 1981 and follows Obama’s critical year at the Ivy League university. The future president battles racism, the college social scene, and struggles with his identity as a biracial man. The trailer even shows a white Columbia security guard demanding to see the new black student’s I.D. Hmm, doesn’t that sound familiar?

Australian newcomer Devon Terrell recently revealed to GQ magazine how he was able to master Obama’s mannerism and speech.

“It was about finding the awkwardness. The man we see now has a swagger about him, walks around with his chest up high. At 21, when he’s trying to find himself, he’s not as assured.”

Barry received critical praise when it premiered at the 2016 Toronto Film Festival. It was directed by Vikram Gandhi and written by Adam Mansbach, both fellow Columbia University alums.