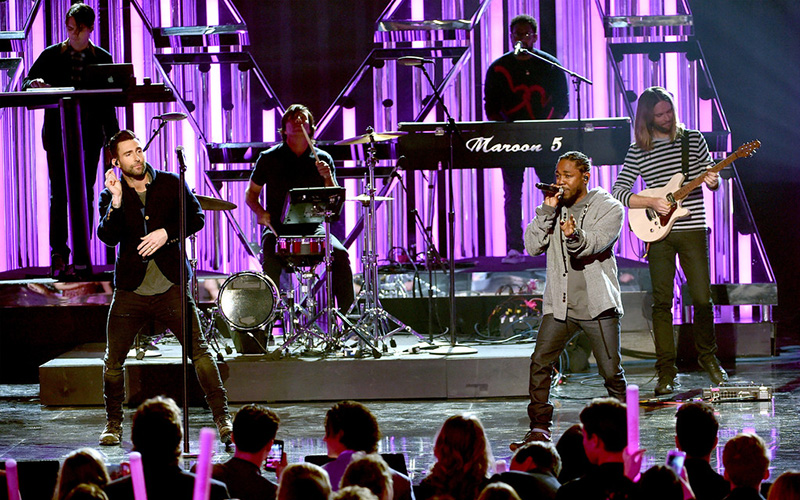 Maroon 5 and Kendrick Lamar linked up Sunday night (Nov. 20) at the 2016 American Music Awards for their first ever joint, televised performance of their new single “Don’t Wanna Know.”

Adam Levine and his band kept things simple for the performance, with them surrounded by purple lights (with a huge purple “M” behind them) while audience members waved glow sticks in the air. Kendrick came out to do his verse near the end of the song as he and the pop/rock band closed out the 2016 AMAs.