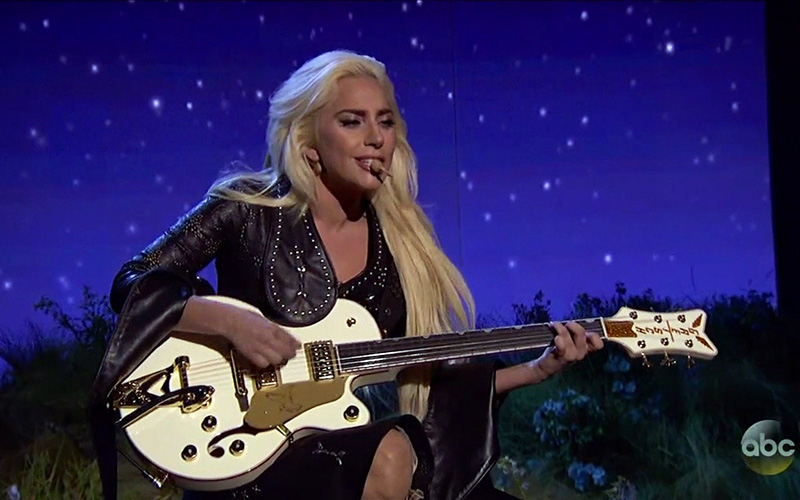 Once upon a time, a Lady Gaga performance at an awards show was a must-see event. Unfortunately, in the Joanne era that is not the case.

Lady Gaga has seriously lost her mojo after her previous album, Artpop, under performed. So now she decided to scale back on the theatrics and her sound and instead has opted for a stripped back, country-inspired sound. Which brings us to “Million Reasons,” her latest single from Joanne.

In her most Nashville-inspired garb, Gaga strummed a guitar in a fake field as little lights lit up the scenery. Gaga sang competently, but my God, this is not the Gaga that we came for. I half-expected her to rip off the country garb and do a rousing version of “Perfect Illusion,” the lead single from Joanne, midway through, but that song flopped harder than the whole Artpop album did so she’s avoiding it like the bubonic plague.

Hopefully Gaga is able to shake this devil off and get back to thrilling and exciting us because this ho-hum version of Gaga is not for me.

Watch Lady Gaga perform “Million Reasons” at the 2016 AMAs below.