GOSSIPONTHIS.COM TV Alfred Enoch Reveals How He Truly Feels About Being Killed Off How... 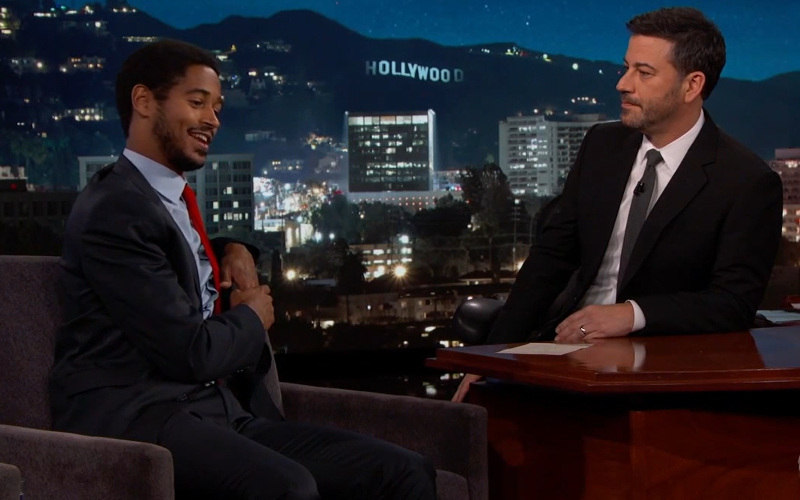 Admittedly, I’m still in the first stage of grief (denial) after watching the season finale of How to Get Away with Murder. However, it really seems like beloved main character, Wes, was the one #UnderTheSheet.

Since the beginning of season three, fans have wondered which character died in the fire. Every episode revealed a new character we thought was safe. However, never trust Shonda Rhimes, and unfortunately Wes was killed off. And if that wasn’t shocking enough, he may have been murdered!

Alfred Enoch portrayed Wes and has made the media rounds discussing the death of his character. He appeared on Jimmy Kimmel Live! after HTGAWM aired.

Entertainment Weekly was on set during filming of the winter finale episode to get Enoch’s immediate reaction.

Here are a few snippets from the interview:

EW: When did you find out that it was going to be Wes under the sheet?
ENOCH: A couple of weeks ago, maybe a month ago.

EW: Was this all Pete Nowalk’s (HTGAWM creator) decision, or was there a desire from you to do something else?
Enoch: Oh, as in was I like, “You have to kill Wes”? This is ultimately the question, right? No. The decision was creative.

EW: What was your reaction when Pete called you up to the office to tell you?
Enoch: Yeah, I get it. I was thinking about it obviously, because they set up this big mystery, and I was like, “Oh, they’re going to kill Wes. That makes sense.” I thought they were maybe going to kill Wes the end of last season, because there’s so much story, and they go through it so fast I’m like, “What have we seen about Michaela?” We’ve done so much Wes story. It’ll be interesting, it’ll be good, they’ll be able to do something else.

EW: Was it hard coming to work every week not knowing who was going to be under the sheet?
Enoch: It was tricky, yeah. I mean, I was like, “It’s not my decision. There’s nothing I can do about it, so I’ll just wait and see.” But I was thinking it would be Wes initially. I guess everyone was like, “Oh, it’s going to be me,” but then Aja said something interesting, which actually diverted my thinking about that. She said, “It can’t be Wes,” because I think it’s in the second episode, we see something directly after Annalise cries and is upset at who she sees is under the sheet — I haven’t seen it — but directly after that moment she, in the following episode, is revealed to go straight to Oliver and be like, “Wipe the phone,” which implied that it was an act, we all thought. Maybe that was the initial idea they were going on.

EW: We do learn that Wes was dead before the house exploded. Who do you think is to blame for Wes’s death? Do you have a theory?
Enoch: I think it looks like the shadowy Mahoney, borderline legal, borderline crime organization, would be a very possible topic. But I don’t know. They could be like, “It’s Frank!”

Though Wes is dead, the character will continue to appear on the hit show… for now. The burning question for the second half of the season will be “Who killed Wes?”

How to Get Away with Murder returns Jan. 19, but we will most likely have to say goodbye to Wes for good by season’s end.