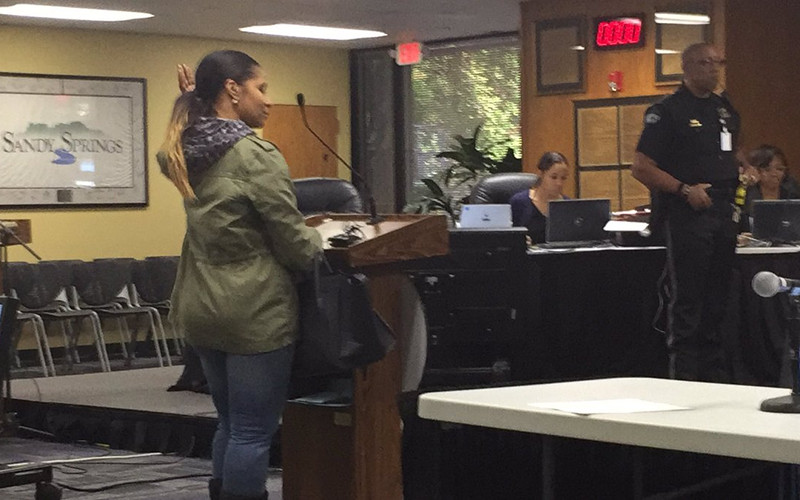 Sheree Whitfield should just give up on “Chateau Sheree” at this point. The reality star’s dream home has caused her nothing but trouble since she broke ground in 2012. But it does keep us laughing!

The latest development in the Chateau Sheree saga has landed Sheree and a Real Housewives of Atlanta producer in court and fined $1,000!

Remember the elaborate housewarming Sheree recently threw? Well, apparently, the rumors were right. Sheree doesn’t have a certificate of occupancy and hosted a party in a home that is uninhabitable. She still isn’t even living in the home.

Sheree appeared in court Friday (Nov. 18) and pleaded no contest as part of plea deal. She was fined $1,000 and placed on 18 months of unsupervised probation by the city of Sandy Springs (near Atlanta) in order to get the necessary permits needed.

#RHOA cast member pleads no contest for not having certificate of occ. for her home, throwing party without permit. pic.twitter.com/OW7cMlsVEL

Cops were notified of the situation after David Good — one of Sheree’s neighbors — complained about the dozens of cars parked on lawns and creating traffic issues. He also complained about loud music and a giant spotlight production used, but didn’t have a permit for.

Good was present at the court hearing and was not happy his neighborhood had been overtaken by a reality show production.

“It was an invasion. An absolute invasion.”

Good says the neighbors have tried to cooperate with Sheree over the years despite the prolonged construction, paparazzi, and code violations. However, the housewarming party was “the straw that broke the camel’s back.” He also said Sheree’s claims of being a good neighbor was “ridiculous. Absolute bunk.”

Bravo’s production crew was also fined $1,000 for not obtaining proper permits to film in the neighborhood. The fine included not having permits to film Kenya Moore’s June housewarming party, which aired just two weeks ago.

#RHOA producer to pay $1000 fine for not obtaining filming permits in #SandySprings. pic.twitter.com/iQMiBiaVve

Kenya was supposed to appear in court with Sheree, but failed to appear. Her hearing has been rescheduled for December 2nd.

Judge Candiss Howard urged Sheree and production to be more cognizant of neighbors’ privacy, and to take proper steps to control security, traffic, and paparazzi in the future. “I think she was a little overboard,” Sheree said in response.

Though she accepted the plea, in true Sheree fashion, she is not taking the blame for the chaos her housewarming party caused.

“If there were cars on the lawn, they weren’t my guests. I provided shuttles.”

Oh, girl! You can watch what lead to the court appearance. The Chateau Sheree housewarming is expected to serve as the RHOA season 9 finale.