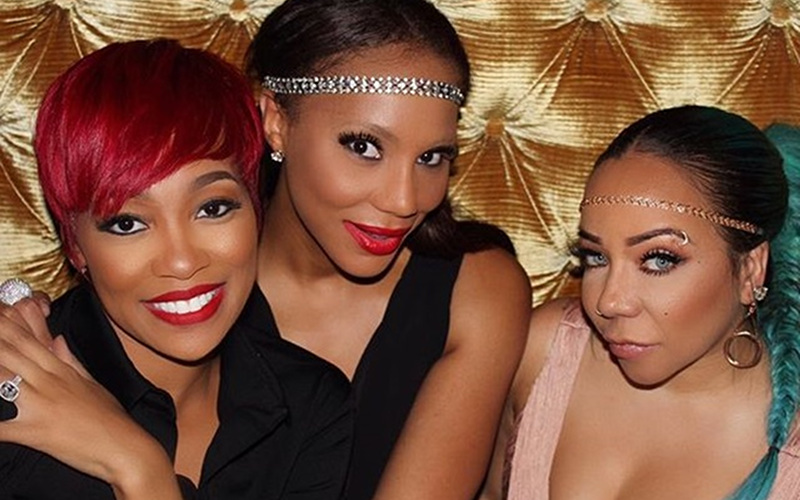 Though this may sound extremely petty, this is practically just another day in the life of Tamar Braxton. The singer and former talk show host allegedly unfollowed Tameka “Tiny” Harris for giving Monica her props.

Since Tamar was fired from The Real earlier this year, several guest co-hosts have filled the void, presumably hoping to take the fifth seat permanently. Monica has been co-hosting for the week and Tiny gave her a shout-out on Instagram.

“Ok @monicabrown showing out this wk…make sure u tune in to catch her co-hosting..she on right now on Fox!” she wrote.

Though Tiny did not specifically mention Tamar or The Real, Tamar clearly still felt some sort of way. According to Fameolous, Tamar swiftly pressed the “Unfollow” button a few hours after Tiny’s post.

Even though The Real executives did Tamar dirty, this petty is on such a level that we all should be giving her the side-eye. Tiny (and every other friend of Tamar) should be allowed to congratulate their friends and peers. It’s not being disloyal if they just want to celebrate another woman, specifically, a black woman’s success.

This is also not the first time Tamar has allegedly unfollowed someone over The Real drama. Tamar unfollowed (former?) friends Monica, Toya Wright and Kandi Burruss after appearing on the talk show. Denying the rumors, Tamar said she unfollowed them because “they post too much.” Yeah, right! She knows nobody believes that.