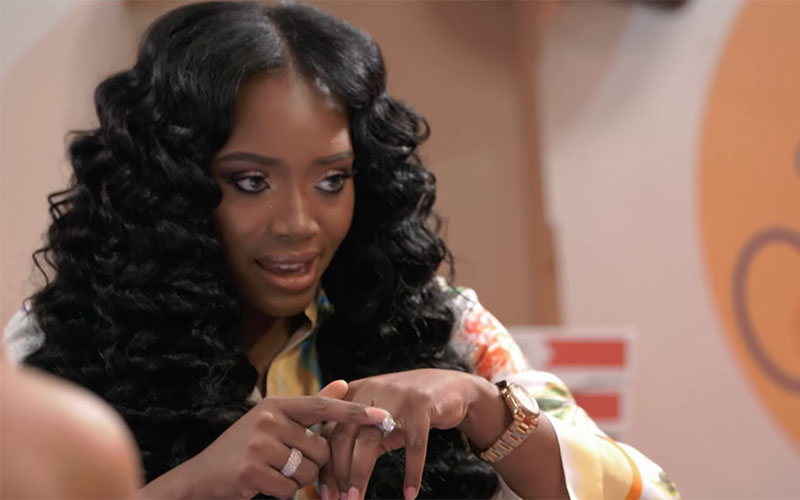 The original heavyweight of the Love & Hip Hop franchise is back and ready to reclaim its crown.

In a bit of a throwback, Kimbella Vanderhee, Juelz Santana’s baby mama, returns to the show. And in the trailer, we see her being confronted by her friend Yandy, who claims Kimbella hasn’t been there for her in her time of need with Mendeecees’ prison sentence.

Elsewhere, we see the that the Creep Squad, which consists of Cisco, Rich Dollaz, DJ Self and Peter Gunz, is starting to fall apart as Cisco is, once again, fighting with his boys over a woman. Strangely enough, Peter and his baby mama drama with Tara and Amina aren’t at the center of the storm this time. In fact, Tara and Amina aren’t shown in the trailer at all, which suggests they’ll be guest stars, if they even appear at all.

Speaking of guest stars, Cam’Ron, Juelz’s Dipset homeboy, is also along for the ride. Cam is a bit unpredictable, so who knows what will come out of this.

One thing we do know is that Cardi B’s fiery attitude and slick mouth haven’t changed one bit. We see that she’s decided to start hooking up with one of her producers. The only problem is he’s got a woman. But Cardi B doesn’t give a single fuck and when she’s confronted by her lover’s woman, Cardi snatches her own wig off and gets to swinging. But Cardi’s brawl is nothing compared to the utter chaos that will be unleashed as Yandy goes toe-to-toe with Mendeecees’ two baby mamas. You’ll recall Lil’ Mendeecees’ mother and his butch-ass lesbian grandmother from previous seasons. They’re back and this time they’ve teamed up with another woman Mendeecees knocked up named Erica, who is the mother of his other son, Aseem. Erica hasn’t been featured on the show before. However, things get a little too turnt up for Kim, the aforementioned butch grandma, and she starts to have a heart attack.

Watch the ratchet madness that awaits you below in the super trailer for LHHNY season 7.