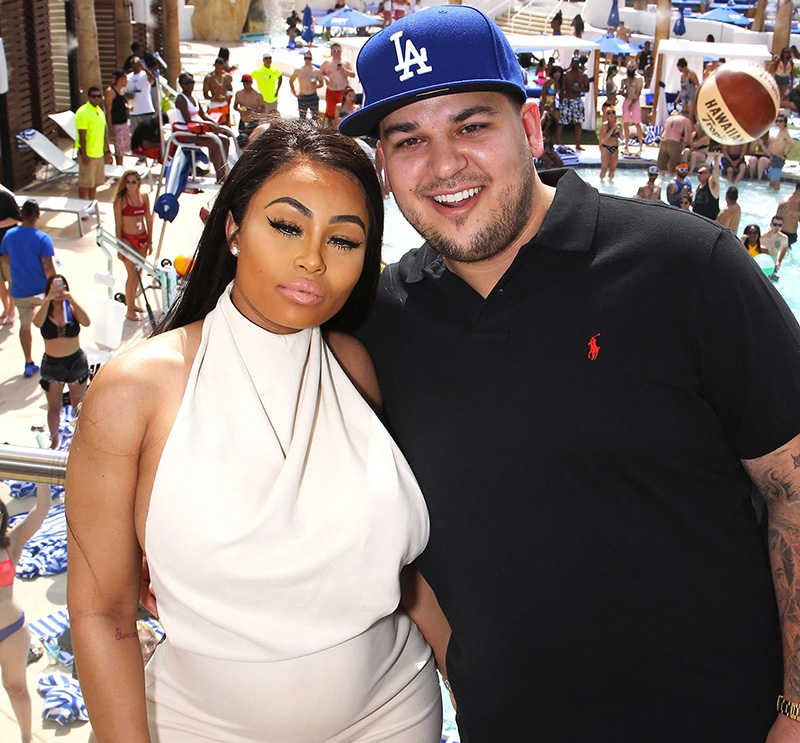 Blac Chyna and Rob Kardashian officially welcomed their first child together, a baby girl they named “Dream,” into the world. Chyna reportedly gave birth to the couple’s daughter at Cedars-Sinai Medical Center in Los Angeles Thursday morning (Nov. 10). She weighed in at seven pounds, five ounces.

The baby’s full name is Dream Renee Kardashian (Chyna’s middle name is Renee), and she is the first baby in the family to carry the world-famous “Kardashian” name — Kourtney’s children, Mason, Penelope and Reign, all have the last name “Disick” (from their dad Scott Disick) and Kim’s two kids, North and Saint, have “West” as a surname, thanks to their father Kanye West.

According to TMZ, Baby Dream Kardashian was born via C-section at around 9:18 A.M. Thursday morning, and yes, cameras were rolling throughout the entire birth, in case you were wondering. TMZ reported earlier this month that Rob and Chyna were “set to make hundreds of thousands of dollars by bringing TV viewers into the hospital delivery room.”

The couple and their newborn will reportedly star in a “baby special,” which will not only include footage of the birth, but also footage of Chyna’s baby shower, other events leading up to the delivery and the first few days of Baby Dream Kardashian’s life. Their eponymous reality show, Rob & Chyna, was also renewed by E! for a second season.

This makes the Baby No. 1 for Rob Kardashian and the second one for Blac Chyna, who also shares a son, 3-year-old King Cairo, with her ex-boyfriend Tyga, who has been dating Rob’s sister Kylie Jenner since 2014, which means that Dream and King are not only brother and sister, but also step-cousins.

Kris Jenner, who is now officially a proud grandmother of six, gushed to E! News over Baby Dream Kardashian’s birth. “I got to watch [the] delivery,” she said. “It was so beautiful and I’m so excited and happy to have another grandchild! No. 6! It was one of the most precious moments of my life.”

My new niece is absolutely stunning!!! So thankful I was able to land in time to witness this miracle happen! Praise God! ????

Auntie Khloe Kardashian also expressed her joy over the birth of her new niece. “My new niece is absolutely stunning!!!” she shared on Twitter. “So thankful I was able to land in time to witness this miracle happen! Praise God!”