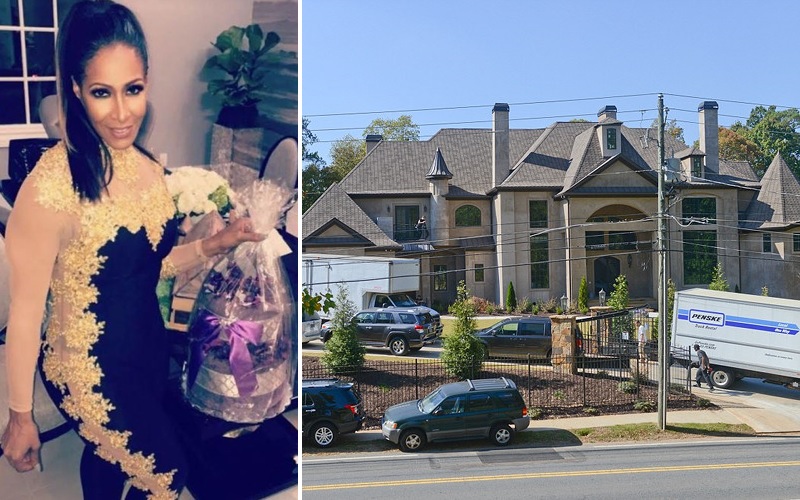 We’ve joked and waited and joked some more (and waited some more) for years. “Chateau Sheree” has finally made its grand debut! Well, sort of.

Sheree Whitfield held a somewhat-lavish housewarming for the dream home that has been under construction for the past 105 years. Dressed in their best, guests arrived Friday night (Oct. 28) to get a first look into the long-awaited home. Reportedly 50 or 60 guests attended the event, including Real Housewives of Atlanta cast members Kandi Burruss, Todd Tucker, and Porsha Williams. Despite the shade she has thrown at Chateau Sheree, Kenya Moore was also present with Matt Jordan as her plus one. It’s being reported Sheree’s housewarming will serve as the season 9 finale for RHOA (Kenya’s “Moore Manor” housewarming is expected to be the premiere). In Halloween spirit, there was a masquerade theme and guests were asked to wear masks. “Shade” masks were also provided. However, not many guests followed the theme. Guests could also enjoy a photo booth as phones were checked at the door to prevent leaked photos. (Which seems to have worked out GREAT! **side-eye**) But, wait. Now that Chateau Sheree is finished, does that mean we have to stop cracking jokes? Not just yet. I called the event “somewhat lavish” because insiders say Chateau Sheree is still not in livable condition — EVEN AFTER ALL THESE DAMN YEARS!!!

Apparently, Sheree hasn’t even spent one night in the mansion. Sources say Bravo production rented furniture just for the occasion and only decorated the first floor sitting areas and a few bathrooms. The kitchen doesn’t even have appliances! Though Sheree’s bedroom is the only upstairs room furnished, she hasn’t lived in the home due to plumbing, mold, and other issues that come from taking centuries to build a home.

Season 9 of The Real Housewives of Atlanta premieres November 5th on Bravo.