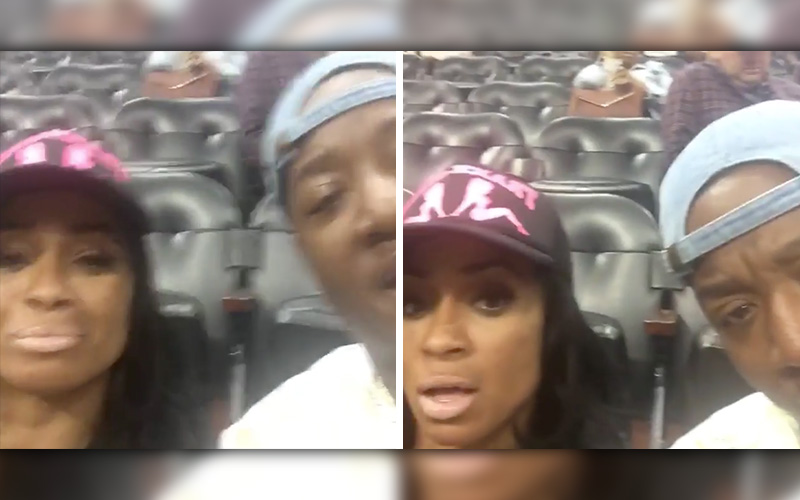 After running through pretty damn near every loser ass negro in the greater Atlanta metro area, Karlie Redd has decided it’s time for her to do second leg of her “I <3 Fuckboys” Tour.

Yung Joc, Karlie’s one-time man and Love & Hip Hop Atlanta co-star, is apparently rekindling his romance with Karlie. Or he’s just acting out a new plot line in the script for the next season of the show. Guess we’ll find out next season.

Either way, Karlie made sure to set tongues wagging by posting a short video of herself and Joc out at a game with the caption, “Date Night With #BAE.”

Pay close attention to the capital letters in “#BAE” and the heart eyes emoji.

Are you here for a reunited Karlie and Joc? Do you believe they’re really together or do you think Joc just wanted some perm tips from Karlie “Tweety Bird” Redd?