GOSSIPONTHIS.COM Politics Hillary Clinton Was This Close to Busting Out a “Yo Mama” Joke... 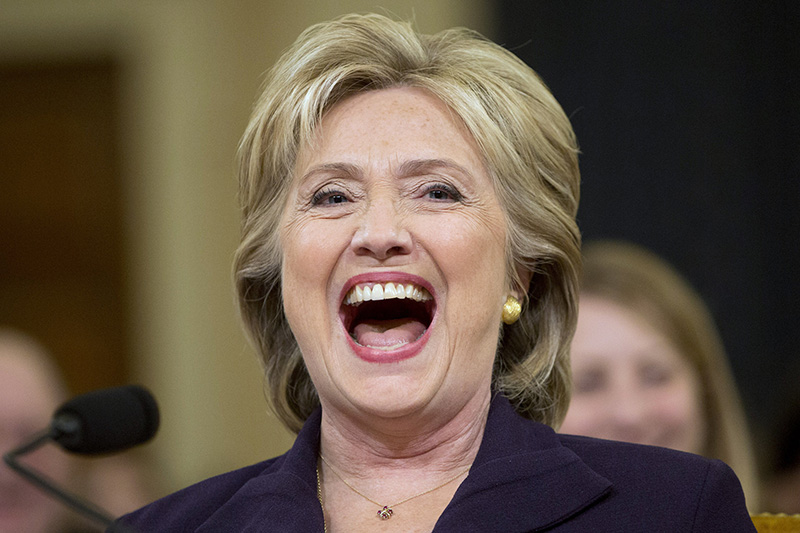 As the dump of emails from the Democratic campaign continue to be released by WikiLeaks, more and more information comes out. Some of it is mundane, some of it is damning, and some of it is just downright weird.

Take, for example, a recently released email showing the behind-the-scenes of creating a speech for Hillary Clinton before a campaign event in Alabama. It turns out, a staffer wrote a “Yo mama” joke into the speech and was looking for approval to run with it.

Not shockingly, they decided to cut that bit.

While I’m not surprised the campaign decided that a “Yo mama” joke probably wouldn’t work for ole’ Hill-dog, it does raise the question: what was the joke? Because now, all I want is to hear what kind of “Yo mama” joke Hillary and team could come up with, and how (most likely) painfully awkward that delivery would be.

And in a campaign that has been as hectic and unconventional as this one, this really is the only year a presidential candidate could bust out a joke like that with little to no negative impact. In fact, I say we lobby for a fourth presidential debate that is nothing but a Wild ‘n Out episode between the two candidates.

Even though that won’t happen, who knows, maybe the next batch of emails released by WikiLeaks will shed some light on what kind of jokes the Clinton campaign’s got.