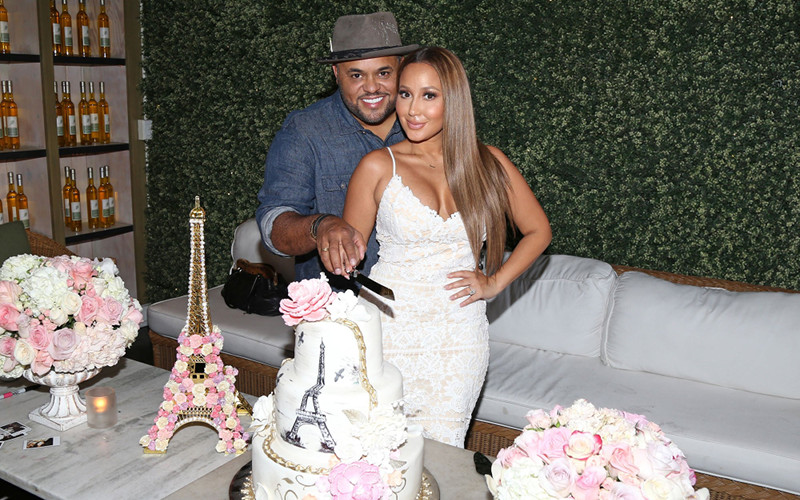 Nothing about Adrienne Bailon and Israel Houghton’s 9-month courtship has been traditional. However, the engaged couple has decided to put one aspect of their relationship on hold before they walk down the aisle.

During their recent co-ed wedding shower (Oct. 15), Bailon revealed to People magazine that the two are waiting until after they are married to have sex. Fellow The Real co-host Jeannie Mai was in charge of the shower games, but some were a little naughtier than Bailon anticipated and that’s when she opened up about their intimate life.

“Jeannie is a game host for all time. She had people reenacting moments in our relationship and then some that were very risque since we’re saving ourselves.”

It’s not totally shocking that the couple would be celibate until marriage as religion is extremely important to both Bailon and Houghton; they say it’s one of the reasons they fell in love. In fact, Haughton is a gospel singer and a former pastor.

However, it does become interesting because it seems it’s difficult for Houghton to keep his pants zipped. It was recently revealed that Houghton allegedly fathered not one, but two children outside of his previous 20-year marriage. He has even been sued to pay child support for the children.

Also, based on the timeline of their relationship, many have suspected that Bailon and Houghton began dating while he was still married to his wife. Bailon shot down these rumors on her talk show, stating Houghton was in the process of divorce before she became romantically involved with him.

On the bright side, Ciara and Russell Wilson were also celibate until their honeymoon, and it seems to have worked out for them. Bailon and Houghton are expected to wed before the year’s end.