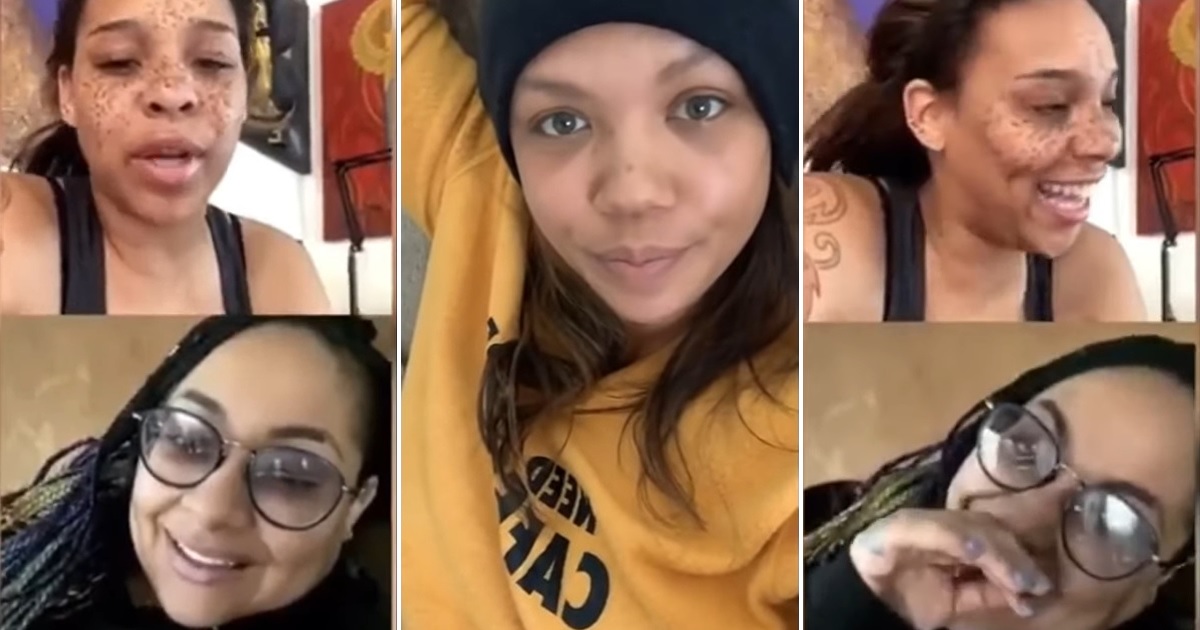 Raven-Symone is throwing shade at Kiely Williams after her former Cheetah Girls co-star brought up her name during a recent viral Instagram Live session.

“Yo, Kieley Williams was online, she’s been having my name in her mouth recently,” Raven told Growing Up Hip Hop star Briana Latrise on IG Live.

“Oh, the one with the gap?” Latrise shadily asked for clarification of who Williams is.

Though the two friends shaded Williams for a few minutes, Raven wasn’t too pressed about the situation.

Raven is referring to an IG Live Williams did last week with her fans while in self-isolation at home with her family.

Though the focus was mainly on her issues with her former 3LW members, Williams denied rumors that she got into fights with Raven while filming the Cheetah Girls movies.

She also denied ever threatening to out Raven as a lesbian before the Disney star publicly discussed her sexuality, going on to claim that the rumor was started by Raven’s That’s So Raven co-star, Orlando Brown.

Williams then inadvertently plugged Raven’s new music, speculating that that’s the reason all of the rumors between her and Raven have resurfaced.

Raven appeared on Entertainment Tonight earlier this week to promote her new single, “Spacetruck,” but the Williams video must have been fresh on her mind. Raven was extremely hesitant about a Cheetah Girls reboot.

“I need to talk to the girls first because we need to curate an answer. This can go so sideways on so many levels,” Raven finally admitted after an extended pause and a few side-eyes.

“It’s just, real girl groups have their moments, imagine a fake one,” she laughed off.

Officially putting the beefing rumors with Adrienne Bailon to bed, Raven said that she’d love to work with The Real co-host again.

“Listen, I’m down with Adrienne, whatever Adrienne’s down to do, I’m down. I will work with Adrienne for the rest of my life. She’s awesome sauce.”

“I love everybody in their own ways,” Raven added, referring to Bailon, Williams and the fourth Cheetah Girl, Sabrina Bryan.

But given Williams’ issues with Bailon, a Cheetah Girls reunion or reboot is quite unlikely.

Also during that viral IG Live session, Williams slammed Bailon for “pretending” to be her best friend during their 3LW and Cheetah Girls days.