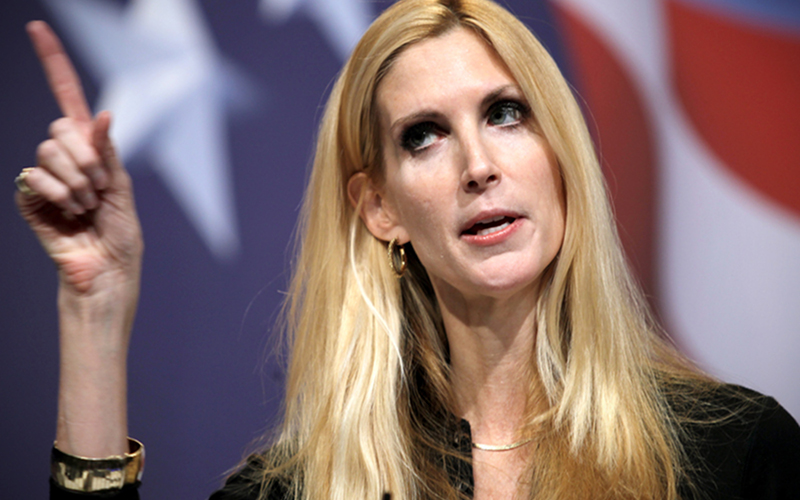 Ann Coulter tried it, and failed miserably. The conservative pundit really tried to come for Beyoncé in a desperate attempt to criticize Michelle Obama and defend Donald Trump.

The First Lady gave an impassioned speech earlier this week denouncing Trump for his comments and sexual predatory behavior. Some have said it’s one of the greatest speeches by a First Lady. Well, Ann Coulter can’t have that. So she went on Twitter and compared Trump’s lewd comments about women to a Beyoncé lyric, or so she thought.

Beyonce, cited by Michelle Obama as role model for her daughters, sings about "pussy curvalicious, served delicious." Oh my. I just fainted.

The glaring issue here is that Beyoncé did NOT sing this lyric, Nicki Minaj did. The line is a part on Nicki’s verse from the 2014 hit “Flawless” remix.

Obviously, the BeyHive did what it knows how to do best and got Coulter together for coming their Queen.

Remember what happened to Joan Rivers when she talked about Beyonce? @AnnCoulter you don't want these problems, sis pic.twitter.com/pVIIc44n3d

you're an idiot wrong artist. Beyonce is singing about her HUSBAND and has nothing to do with violating anyone.

never type or utter Beyoncé's name. You're not worthy. but RIP to your mentions.

Get you facts straight. That's Nicki Minaj. Now apologize to FLOTUS & Beyoncé for disparaging their names.

any other black women you want to confuse Beyonce with? Idiot.

Coulter most likely heard what fellow conservative white woman Betsy McCaughey recently went through, yet she still couldn’t help herself. McCaughey, former NY Lt. Governor and Trump surrogate, was swarmed by the BeyHive earlier this week for also using Beyoncé lyrics to somehow prove Trump’s, “grab them by the p***y” comment was not as bad as most of us think.

However, if Coulter and McCaughey actually listen to the songs they referenced, they would understand context is key — like it always is! Beyoncé’s songs are meant to empower women and encourage them to own their bodies and sexuality.

Trump was casually describing how he uses his star power to demean women and violate their bodies whenever he feels for his own instant sexual gratification.

The scenarios are completely different, but Coulter and McCaughey just want to defend their problematic candidate by any means necessary. The lesson every conservative pundit should learn after this week is to never come for Beyoncé!