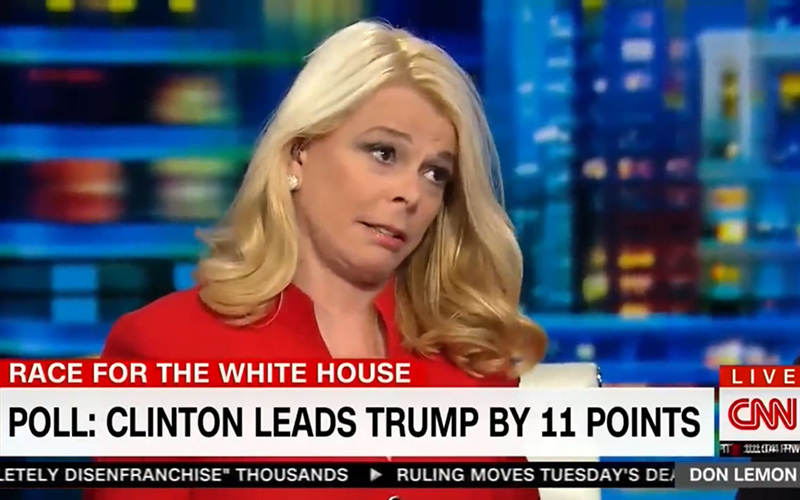 I thought I had seen everything when Rosie O’Donnell was mentioned during the first presidential debate. But oh boy, was I wrong. Former New York Lt. Gov. Betsy McCaughey was so desperate to defend Donald Trump, she went on CNN and cited Beyoncé lyrics in order to point out Hillary Clinton’s own hypocrisy. As you can already guess, the BeyHive attacked back.

McCaughey appeared on CNN Tonight with Don Lemon on Monday (Oct 10.) to discuss the fallout following the release of a tape showing Trump casually boast about sexually assaulting women. However, like most Trump surrogates, she resorted to an extreme, nonsensical length to defend the candidate and slam Clinton.

“Hillary Clinton expresses that she finds the language on that bus horrific, but in fact she likes language like this, quote, ‘I came to slay bitch, when he ‘F’ me good I take his ass to Red Lobster,’ that happens to be a line from Beyoncé, her favorite performer, whom she says she idolizes and says she would like to imitate. So you know what I’m saying to you, there’s a lot of hypocrisy in Hillary Clinton expressing such horror in the language on that bus.”

The clip went viral and the BeyHive got “in formation” and swarmed McCaughey’s official Facebook page with bee emojis and comments. I would provide a link so you could see for yourself, but it seems McCaughey’s account has since been deleted or deactivated. This screengrab will have to suffice. Members off the BeyHive also called the former lieutenant governor out on Twitter.

Kindly keep Beyoncé’s name out of your mouth. @Betsy_McCaughey

Beyoncé has expressed her support for Clinton and the Democratic presidential candidate has publicly stated she admires the performer. However, Trump’s disturbing comments/behavior absolutely cannot be compared to Beyoncé’s lyrics. McCaughey should have known that before getting on national TV, but that would have required too much logic.