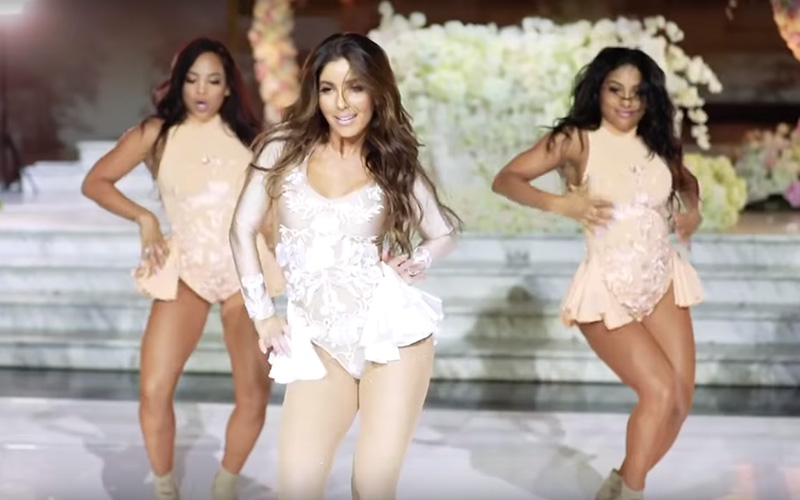 Melissa Molinaro got all her girls in formation and completely killed a wedding reception dance to end all reception dances to follow. Actually, it wasn’t just a dance, it was an all-out performance.

Wearing a sparkling white bridal-esque body suit, Molinaro and her bridesmaids slayed a choreographed Beyonce-inspired routine for her new husband. And the result is nothing short of perfection.

For a full seven minutes, the Canadian singer/dancer and her bridesmaids/backup-dancers performed to Lil Mo’s “4ever” and Beyoncé tracks “Upgrade U,” “Run the World (Girls),” and “End of Time.” The epic video has, understandably, gone viral, even being views on Facebook over 15 million times.

Check it out below.

Molinaro was absolutely flawless! I’m almost certain that Queen Bey would also give the bride her props.

Molinaro previously appeared on Making the Band 3 and The Pussycat Dolls Present: The Search for the Next Doll. However, you may also recall her high-profile relationship with Reggie Bush and her connection to a lawsuit Kim Kardashian filed in 2011. Kardashian sued Old Navy after lookalike Molinaro appeared in a commercial for the brand, claiming the company violated her publicity rights.

That’s all behind the singer/model now. The 34-year-old can just be confident that she gave one of the greatest wedding dance performances of all-time. New husband, Bryan Kowalski, is one lucky guy. He’s going to get private performances like that for the rest of his life!