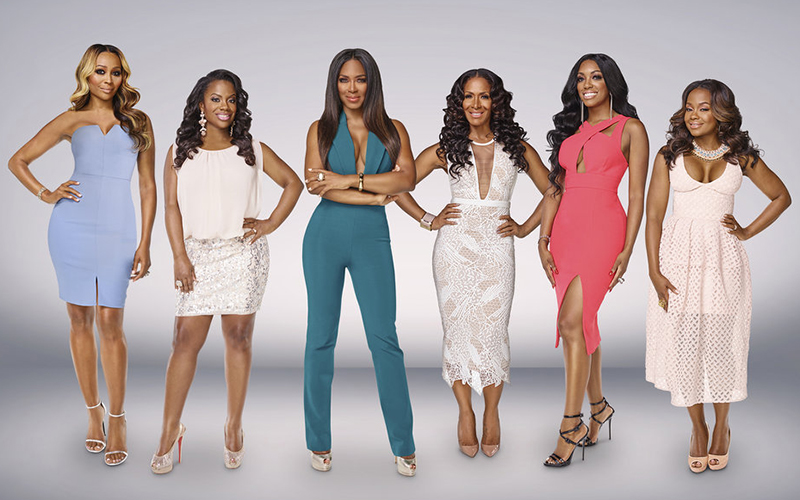 It’s almost that time of the year again. Unmarried women twirl through the streets of Atlanta claiming to be “housewives” tugging wigs and wreaking havoc while holding a peach. And I live for every bit of it. The season 9 trailer of The Real Housewives of Atlanta is finally here!

The upcoming season will feature the cast of season 8, sans reality misfit, but TV sitcom legend, Kim Fields. Original “housewife” Sheree Whitfield is also back holding a peach after appearing as a “friend” last season.

If the 2-minute trailer is any indication, season 9 is going to be drama-filled and entertaining as ever. Even if Nene Leakes and Kim Zolciak aren’t returning.

The clip shows Kenya Moore and Sheree still feuding over their houses. “My name is on my home. Your mother’s name is on ‘Chateau Thelma,’” Kenya says regarding the house Sheree has been building for over five years.

Meanwhile, Cynthia Bailey ponders divorce from her husband, Kenya has a frightening experience with her boyfriend, Phaedra Parks’ law firm is threatened, and Kandi Burruss clashes with Porsha Williams.

Porsha even alleges the Grammy-winning singer invited her and a friend back to Kandi’s “sex dungeon,” amid speculation Kandi may be a lesbian. Say what?!