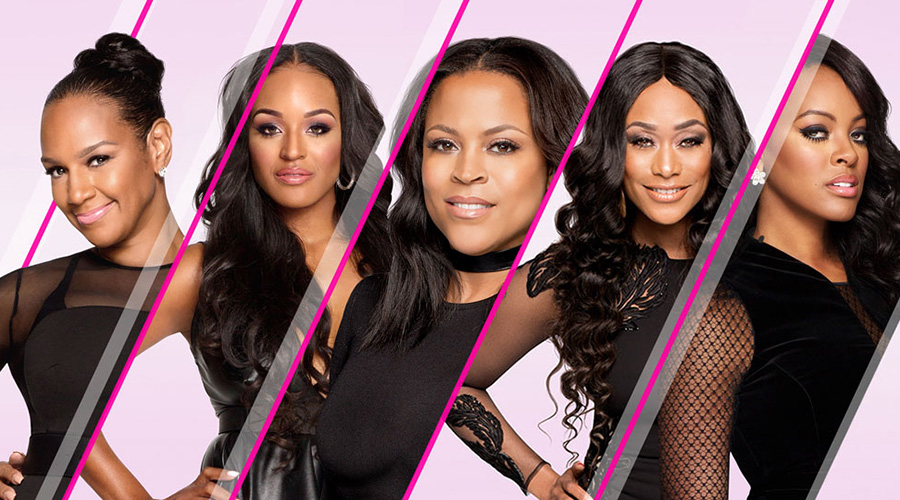 Messy, messy, messy. Even though we’re more than 10 episodes in, the producers of Basketball Wives L.A. have found new ways to stir up the drama and keep it exciting. Which honestly deserves a round of applause because this season of BBWLA has single-handedly resurrected the franchise from near death and destruction.

In episode 11 of the fifth season of BBWLA, we’re introduced to even more new faces as two white women, who I’ll affectionately refer to as “dem hos,” are added to the mix. There’s one white girl who Shaunie O’Neal brings in that seems kind and harmless. She barely registers on the radar.

But Tami Roman gives us January, and this trick lets it be known that her M.O. is to be as messy and trashy as possible. In short order, January reveals to the ladies that she has indeed slept with Angel Brinks’ baby daddy, Tyreke Evans. Tami and Jackie both encourage January to be transparent and not withhold the fact that she has this potentially explosive history with Brinks’ baby daddy, but January takes it a step further and decides to unleash the dragon (shout out to Sisqo) and let Angel Brinks know that she fucked her man right after she’s introduced to her at Tami’s daughter’s video release party.

Now, Jackie did goad and encourage the situation by having the girls stand in a friendship circle and introduce themselves to each other. But she didn’t necessarily expect January to cut straight to the chase and blurt out in front of EVERYBODY that she slept with Angel’s baby daddy.

Brinks was understandably stunned and confused by the abrupt confession but she quickly turned on Jackie for her sneaky involvement in the situation since Jackie was clearly trying to ensure that Angel and January would rub shoulders so this tidbit could make its way out into the open.

Angel Brinks has been eating her multi-vitamins though and she articulately and authoritatively stands up to Jackie and lets Jackie know how she feels. Jackie barks back louder, but everyone at the event can see that Jackie’s increased volume is an attempt to deflect from her messy behavior.

Tami and Shaunie were eager to bring in some fresh blood to stir things up and it looks like based on January’s explosive entrance, these two manipulative witches can check that box as completed.

While it’s sad that grown-ass women are plotting to embarrass their so-called friends, I’d much rather Shaunie and Tami do this than scrap it out head-on with these little girls.

Malaysia and Brandi Tell Duffey to Apologize to Jazz

Even though Duffey doesn’t want to hear it, Brandi and Malaysia are both on the same page about one thing: Duffey had no business attacking Tami’s daughter, Jazz.

When things boiled over between Tami and Duffey, she made it a point to inform Jazz and Tami that she was doing Jazz a favor, since she worked with “real artists.”

This is very obviously a shitty thing to say to a 17-year-old aspiring musician and Malaysia and Brandi make it clear that apologizing to Jazz is the right thing to do.

Duffey then crumbles and blubbers about how she was a single mom who was never gifted anything in her pursuit of DJing as a profession. Duffey also claims she’s a top DJ in the game. Bitch, where?

No musician on BBWLA or any of the LHH franchises is at the “top” of the game. Because if you were, you wouldn’t be collecting a check to gossip and squabble with wannabes. So when Duffey claims that she’s a household name with a high-flying career as a hip hop DJ, you can’t help but wonder, “Famous to who? Known for what?”

But before anyone can truly challenge her or stick it to her, Duffey bursts into a full-on sob and Brandi hugs her in an attempt to make her feel better.

Duffey Does Right By Jazz

In one of those rare and heartwarming moments from BBWLA, we get to witness Duffey make a direct apology to Jazz. Jazz may be a kid but she’s a savvy human being and when Duffey tries to come at her with that bullshit, “If I said anything that hurt you” bullshit, Jazz is quick to get specific with it by saying, “I didn’t like it when you tried to make it seem like I wasn’t a real artist.”

After clocking the fact that a teenaged child has backed her into a corner, Duffey is forced to admit that what she said about working with bigger celebrities was hurtful and ultimately, wrong.

Jazz is gracious and kindly accepts Duffey’s apology and the two soon enough are back to playing basketball with each other and palling around.

While the air has been cleared between Jazz and Duffey, Tami is perfectly content maintain her distance from Duffey. Although Jackie and Jazz both think Tami and Duffey need to sit down and talk things out, Tami makes it perfectly clear that the next time she sees Duffey, she is likely to put hands on her. So she’d rather see no Duffey, speak no Duffey or hear no Duffey.

But then, Doug Christie, in one of his many random acts of kindness, offers his wife, Jackie Christie, and her gal pals an all-expenses paid vacation to Portugal.

This news nearly forces Tami to back out of the trip, but after pestering from both Jackie and Brandi, Tami musters up enough politeness to say she’ll consider it.

I don’t know if this is a new way to work product placement into the show, but in episode 11, Jackie undergoes coolsculpting, to try and tackle her infamous FUPA. As Jackie undergoes the process, she yelps and screams and cries for help at times.

We don’t really get to see the results of the procedure, but it sure looks like something is happening.

In episode 12, however, Jackie decides to go and have a colonic done. Because Jackie is crazy like that, she decides that Malaysia would make an excellent companion and spiritual support.

So poor Malaysia, who was not given a warning and a heads up beforehand, finds herself in a situation where she’s holding Jackie’s hand as Jackie farts, moans, groans and watches clumps of her shit flow by in clear, plastic tubes.

I feel like there’s a larger metaphor in this for us, the viewers, and the show itself, but I’m just going to leave it at this: Jackie Christie confirmed once and for all that she is indeed full of shit.