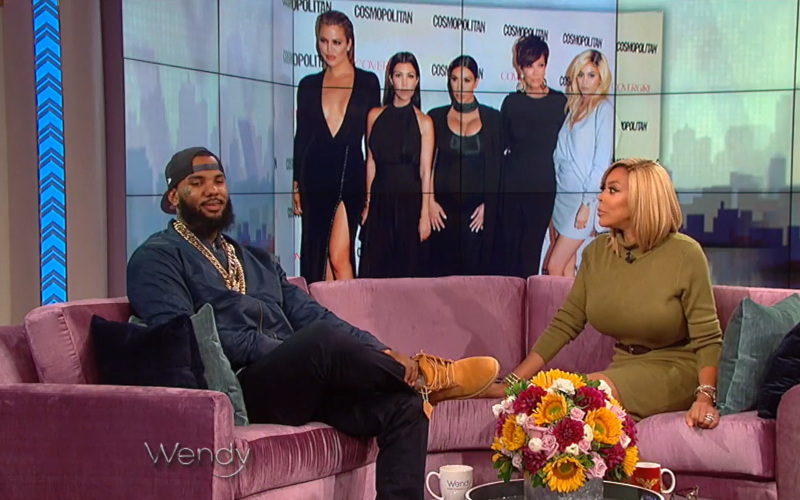 The Game is clearly feeling himself since creating beef with Meek Mill and releasing a diss track. The west coast rapper appeared on The Wendy Williams Show and the talk show host prodded him to reveal which three Kardashians he claims he did the nasty with, and he was very eager to share.

“I used to f**k b*tches that Usher Raymond passed off / Then I fucked three Kardashians, hold that thought”

Well, we all held the thought and many tried to figure out if the line was true or not. Full disclosure, I truly believed Game was just trying stir up a little gossip and make a few headlines. But apparently, he proved me wrong.

As Wendy Williams went through the list of Kardashians, including Kris Jenner and the two Jenner sisters, Game confirmed or denied whether or not he hooked up with them. According to Game, he smashed Khloe Kardashian and Kim Kardashian. So what happened when Williams ran out of Kardashians?

“It was three. It gets a little tricky. Chyna ain’t married yet.”

Many already assumed Khloe and possibly Kim. (Sorry, Kanye!) However, Game says he still has much respect for Kanye West and does not want to cause any havoc for the West’s marriage and beautiful family.

As for Blac Chyna, Game revealed it was just one of those after-midnight things. I don’t think anyone would have ever guessed the soon-to-be Kardashian as the third one Game was referring to in “Sauce.” They really do like to keep it in the family don’t they?