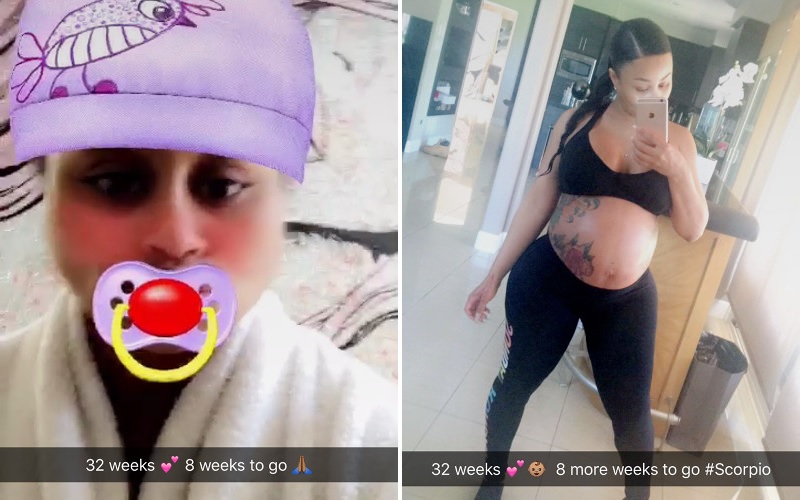 Another Kardashian is right around the korner. Rob Kardashian and Rob Chyna’s baby might be here sooner than you think!

Though it seems we were just trying to wrap our heads around the fact that Rob and Chyna were a real couple, Chyna revealed on Snapchat that she only has 8 weeks left in her pregnancy. Baby girl Kardashian should be here by mid-November. She also showcased her baby bump on Snapchat and Instagram.

Rob & Cyna revealed they are expecting a girl in the first episode of their reality show. However, they have already confirmed she will not have a “K” name like the other famous women in their family. This will be the couple’s first child together, while Chyna has a son with Rob’s sister’s boyfriend, Tyga. (I never get tired sharing this family’s confusing family tree)

Just like the past few months have seemingly flown by, 8 weeks will be here before you know it at we will all be fawning over baby Kardashian. Can you imagine Blac Chyna raising a daughter? I’m low-key excited for season 5 of Rob & Chyna for that reason alone!