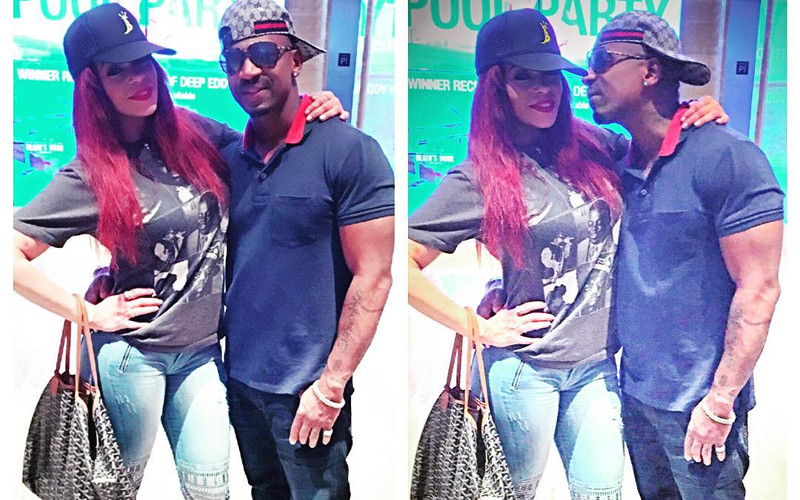 Has Stevie J officially moved on from the “Puerto Rican Princess” to the Queen of Bad Boy? Many are wondering if the reality star and singer Faith Evans are an item.

It’s widely known the two are very close friends. Evans has even popped up on a few episodes of Love & Hip Hop Atlanta. However, their Instagram accounts have raised a few eyebrows as it seems they may now be more than just friends.

“Well I guess it’s Ooouuu…(in my Young MA voice) #TiptoeinginTampa with @hitmansteviej_1,” Evans captioned a post in which Steebie definitely looks like he’s going in for a smooch.

“And what had happened was…” she wrote in another.

Stevie has also been posting several photos of he and Evans. In one particular case, he shared a solo pic of the singer with the caption, “I brag different.”

While it is true that Evans and Stevie are currently on the Bad Boy Family Reunion Tour, there really might something to this relationship rumor. They are longtime friends and are extremely familiar with other. Maybe Faith knows a side of “The Good Guy” that we don’t get see on the VH1 reality series.

Here are a few more pics that may convince you the two are smashing.