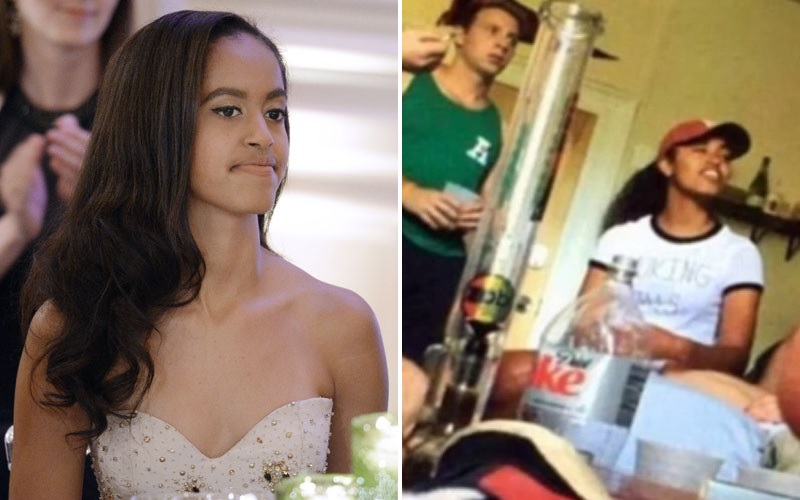 Though Malia Obama has decided to take a gap year before attending Harvard next fall, she is certainly getting the college freshman experience and she doesn’t care what anyone thinks. In a now viral photo, the first daughter can be seen sitting right next to giant bong.

The picture was allegedly taken on September 4th at a University of Pennsylvania frat house. At this point, there really isn’t any other way to say it: Malia Obama does not give a f*ck! Barely a month after facing criticism (and praise) for a leaked photo that allegedly showed her smoking pot at the Lollapalooza music festival, she’s back at it again.

Malia was in town attending the Made in America Festival. Ironically, she was spotted wearing a “Smoking Kills” t-shirt (the same in the “bong” photo). This was a clear tongue-in-cheek nod to the previous pot “scandal.” What’s even more interesting to me is that she gives no dambs about taking a puff or being photographed next to a bong right in front of Secret Service. Gossip On This recently reported the 18-year-old attended a college party that was shut down by the cops. Secret Service eventually got her out of this situation.

It just shows that Malia is not afraid to live her life or forgo young-adult experiences because her father is the President of the United States or out of fear of public outcry. Haters are just going to hate! 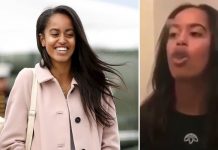