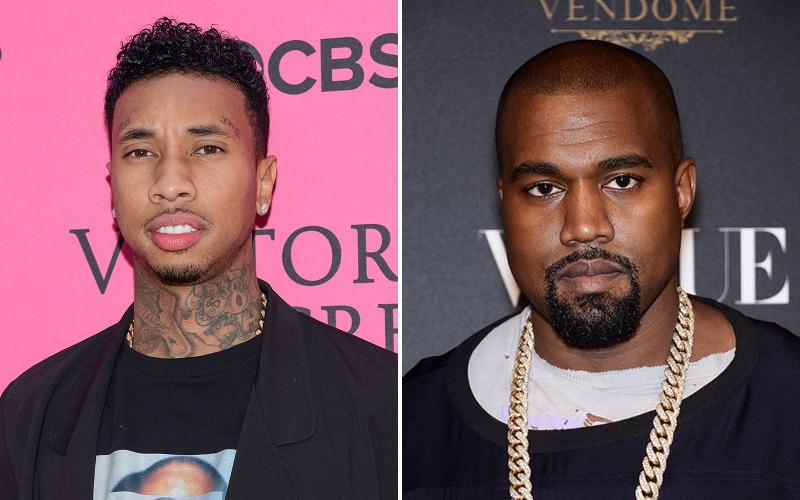 Kanye West is keeping it all in the family. Soon after his disastrous Yeezy Season 4 fashion show, which left models falling out of their shoes and passing out, West made an official announcement that many also consider a misstep. The hip hop mogul announced that he had signed Tyga to his G.O.O.D. Music record label.

Tyga is obviously Kylie Jenner’s boyfriend and increasingly becoming more known for legal and money issues rather than his music. So, is Kanye just doing his sister-in-law a favor?

Making “Tyga” a trending topic, many on Twitter shared their hilarious thoughts once learning Blac Chyna’s baby daddy was signed to G.O.O.D Music.

Sometimes I think about what keeps Tyga afloat, like on a personal level. Like maybe he is a very good listener or he always brings liquor.

Tyga got signed to G.O.O.D Music and doesn't even make good music. Don't ever let nobody tell you what you can't do.

TYGA: Hey thanks for signing me to G.O.O.D. Music fam!
KANYE: No doubt!
TYGA: So when does my album drop?
KANYE: Your what?

Kylie closing Tyga's debts, got him a car & essentially, got him a record deal.

All Heroes still wear make up

Imagine being Kylie, you have to memorize Tyga's lyrics so you can sing along on snap when bae is performing pic.twitter.com/dXi7x0WE8w

Tyga about to be the new Bow Wow. Bragging about being with Young Money but never releasing music. Stop making this a big deal ??

Kanye signed Tyga to GOOD MUSIC… I assumed you had to have good music to be on there.

Everything is a lie.

If Tyga messes up on Kylie, it's really a wrap for him. Buying him cars, getting him signed to her brother-in-law's label. She's his mother.

It should be noted that Kanye West was credited as a producer on Tyga’s 2015 album, The Gold Album 18th Dynasty. The album was released through Tyga’s independent label, Last Kings Records.

Still, it’s just odd that Kanye would suddenly sign someone who continuously gets clowned on social media, not to mention Tyga isn’t currently topping anybody’s charts.