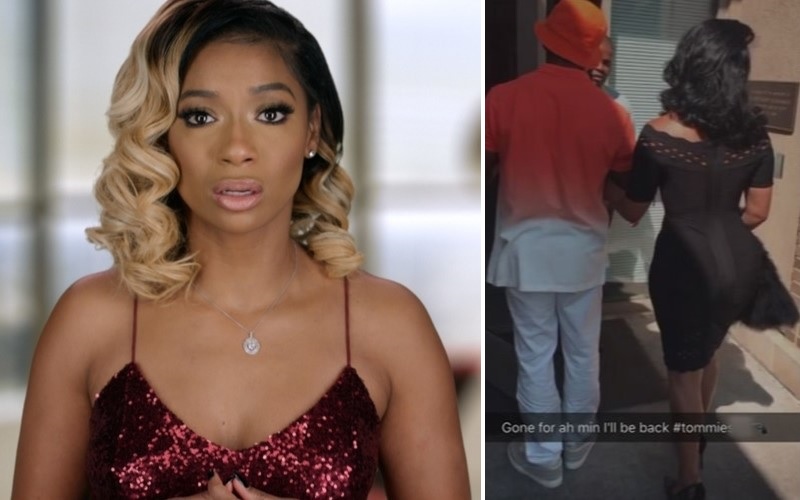 Drama from the Love & Hip Hop Atlanta cast never seems to stop. Tommie Lee just turned herself into Atlanta authorities after a warrant for her arrest was issued.

According to TMZ, it was found that Tommie made threats against co-star Joseline Hernandez. A warrant was issued, but Tommie glammed herself up and turned herself in on Wednesday, Aug. 31. TMZ also states she was booked for “terroristic threats.” It’s no secret that Tommie has collected over 30 mugshots since 2003. She looks like she’s been to hell and back in most of them. However, now that she’s become somewhat of a public figure, Tommie called in her glam squad for her latest mugshot.

She even captured the moments on Snapchat.

Hernandez filed a restraining order against Tommie earlier this month after claiming she attempted to run her over with a car three times while walking to a store. Hernandez then claimed Tommie got out of the car and threatened to shoot her in the face or would get others to do so.

A judge ordered Tommie to stay 500 yards away from the “Puerto Rican Princess.” Tommie confirmed the incident during the LHHATL reunion special.

Tommie’s status after turning herself in is unknown.