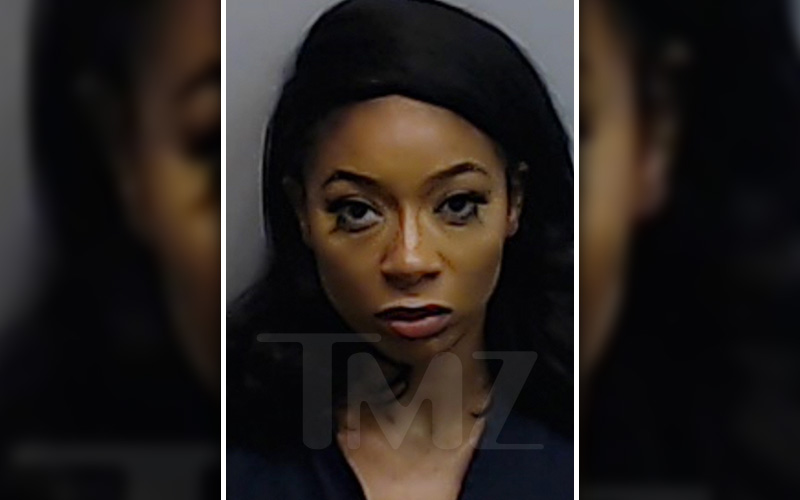 It might have taken her over 30 tries, but Tommie Lee just might have mastered the art of taking the perfect mugshot.

As we previously reported, the Love & Hip Hop Atlanta star turned herself in to Atlanta authorities Wednesday (Aug. 31) after a warrant was issued for her arrest. However, homegirl wasn’t going into the slammer looking busted. Tommie actually had a glam squad help her prepare so that she could surrender in style. She even captured the experience on Snapchat. “Gone for ah min I’ll be back #tommieshit,” she wrote to her followers.

Though turning herself in might work in her favor, Tommie is reportedly still locked up. The warrant was issued in connection to threats she made against her LHHATL co-star Joseline Hernandez.

“The Puerto Rican Princess” originally claimed Tommie tried to run her over with a car three times and then threatened to kill her; a restraining order was granted based on the allegation. Tommie confirmed the incident during the taping of the LHHATL reunion special.

TMZ reports Tommie was booked on making “terroristic threats” and no word on if/when she will be released.

However, in America’s Next Top Model fashion, we can all agree that Tommie wins best mugshot of the week!