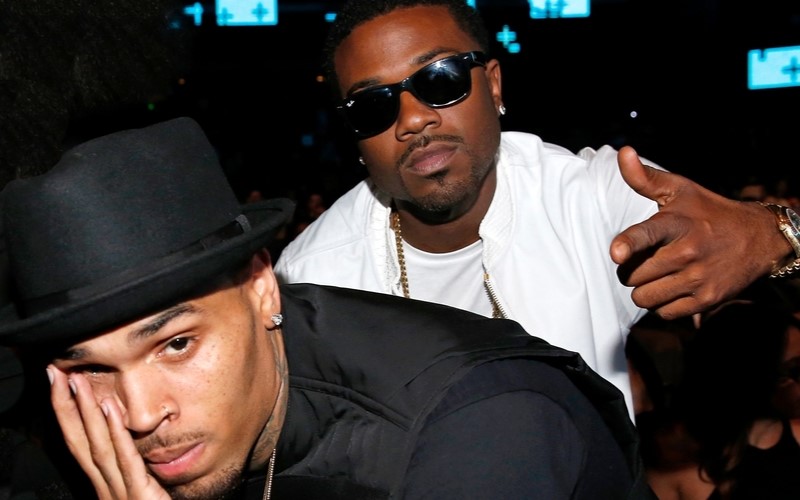 Ray J definitely has his faults, but he just might be the friend you want when in a crisis. The Love & Hip Hop Hollywood star is defending Chris Brown after the singer’s recent assault arrest.

Beauty queen Baylee Curran accused Brown of pulling a gun on her. Ray was present during the alleged incident and he is firmly on Brown’s side. He spoke to Entertainment Tonight to share his thoughts on the situation and Brown’s arrest.

“My job is to just say that Chris is 100… meaning he’s a good dude. I think it was wrong and sad, and it hurts my feelings that you work so hard to try to get better, and a small little length of a story that you don’t even know is even real or not can affect you this much without even getting the facts.”

Though it seems he has information on what really went down, he tells ET he can’t confirm or deny Curran’s claims.

“I can’t say what’s truthful or not because I’ve never seen that happen and I was right there… So I don’t want to comment.”

As the ET host continues to relay Curran’s story, Ray says, “Everything you’re saying is ridiculous to me.”

The reality star was also reportedly handcuffed and questioned by the police after Curran alerted cops early Tuesday morning (Aug. 30). He was let go, but TMZ reported his car was seized and he had to use an Uber to get home.

Ray was one of the first to defend Brown. As LAPD and SWAT surrounded Brown’s house, Ray took to Instagram to slam police and reveal how “upset” he was over the situation.

“It’s just not right; It shouldn’t be like this. I support the homie, Chris… This sh*t gotta change.”

After posting $250,000 bail, Brown was released from jail. He reposted Ray’s original IG video with the caption, “Real friends!!!!! The world will see!!! TRUST ME.”

Brown has yet to release an official statement. He’s scheduled to appear in court Sept. 20.