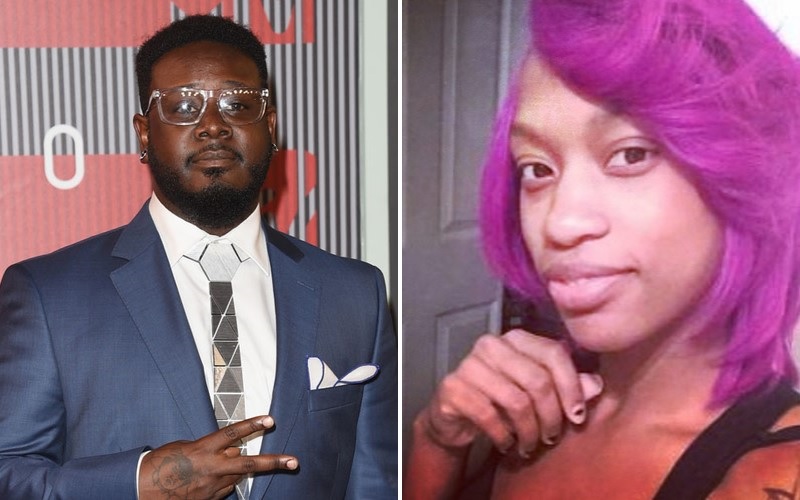 Another celebrity has suffered the tragic loss of a loved one. T-Pain’s niece, Javona Glover, was fatally stabbed outside a Tallahassee Walgreens earlier today (Aug. 30).

Glover was only 23 and was the mother of a 2-year-old daughter. Police arrived on the scene around 10:30 am and found her bleeding heavily. Unfortunately, she passed away before she could be treated at a hospital.

The killer is still on the loose. The Tallahassee Police Department released details about the suspect. They are looking for a “5-foot, 9-inch black male weighing about 160 pounds. He was last seen wearing a black T-shirt and white tennis shoes,” reports XXLmag.com.

The police are still lookin for the coward ass nigga that just killed my niece at Walgreens in Tallahassee. If you got info pls help us out!

https://t.co/z5cykNUmOn if anybody in 850 got any info on this then step up pls.

https://www.instagram.com/p/BJwCG6uj3Y5/
Though the rapper paid tribute to his niece and also thanked fans for their support, he also asked media to respect his family’s privacy.

Thank you everybody for the support.

To all the media/news outlets and bloggers in Tallahassee: pls leave my family the fuck alone. We're not here for your story. Let us be pls

T-Pain is the latest celebrity to have a family murdered. Dwyane Wade’s 32-year-old cousin, Nykea Aldridge, was shot and killed last Friday (Aug. 26) in Chicago while pushing her 3-week-old baby in a stroller. She was caught in the crossfire of a shooting and police have arrested and charged two men in her murder.