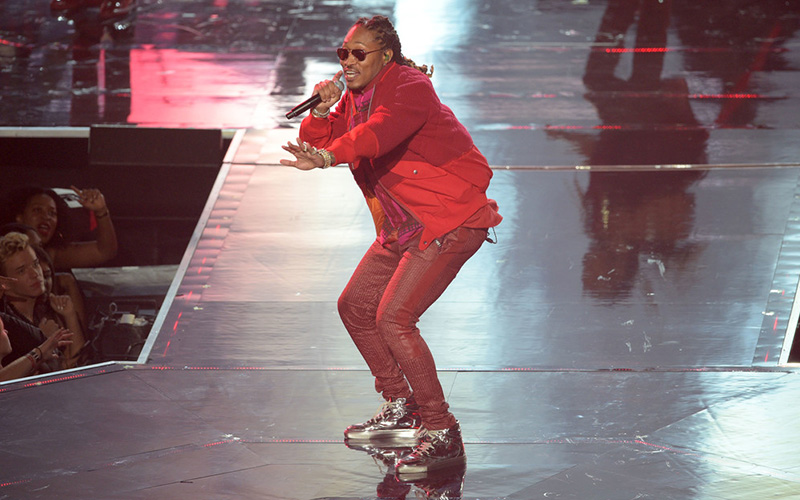 Future, backed by a crew of dancers and a live band, got the crowd lit at the 2016 VMAs with a performance of his hit single “Fuck Up Some Commas.”

Following an introduction from Olympic gold medalist Michael Phelps — who called the ATL rapper the most inspiring rapper in the game and said his “Stick Talk” single helped him get in the zone in Rio, where he won 5 gold medals — Drake’s Summer Sixteen Tour partner took to the stage to “Fuck Up Some Commas,” basically.