GOSSIPONTHIS.COM Music Ariana Grande and Nicki Minaj Exercise Sex Appeal in “Side to Side”... 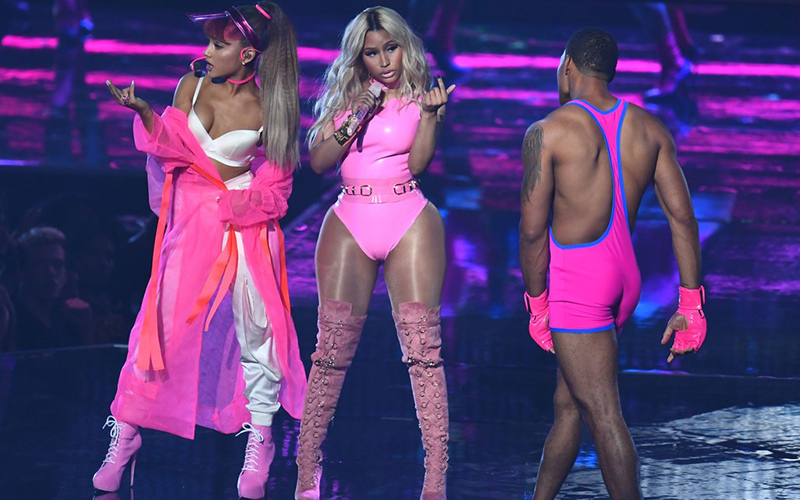 They say that being in love fills you with a bottomless source of energy and drive, but Nicki Minaj seemed surprisingly deflated in her guest appearance alongside Ariana Grande at the VMAs despite her supposedly flourishing relationship with Meek Mill.

At this point, Ariana and Nicki have collaborated several times on each other’s albums, so there’s an established camaraderie and connection between the two. Ariana seemed peppy as she sang while riding a stationary bike. But Nicki meandered and sauntered around the stage, looking like she just woke up from a 7-year slumber.

The theme for the performance was that of a girl-power workout video where everyone, including the men they’re objectifying, is dressed in pink.

It was cute, but also a bit of a retread since the pink workout routine is a concept Minaj already put to work for her “Anaconda” video.

Anyway, the song is cute and the performance wasn’t bad, but electrifying it was not.