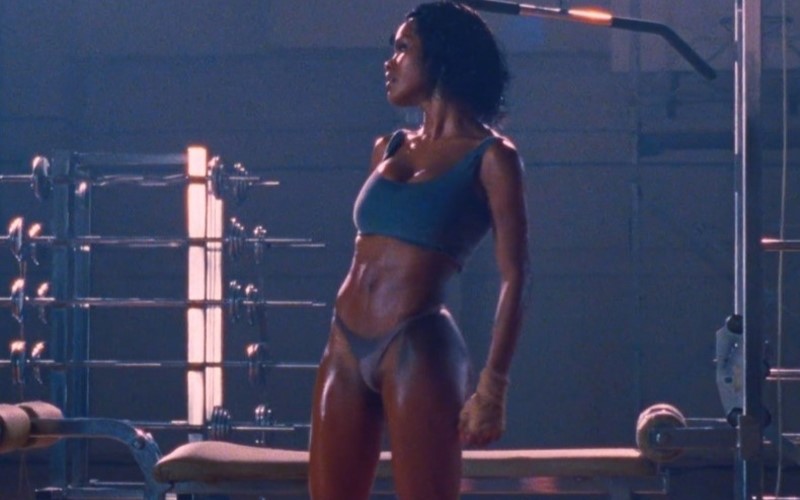 No one knew exactly what Kanye West was going to do when MTV granted him “free reign” for his Video Music Awards performance. Though he did give another one of his off-the-wall Kanye speeches, he actually let his art speak for itself.

Instead of giving a performance, the rapper decided to premiere the music video for his single, “Fade.” The artsy video, which is bound to be a classic, primarily features singer Teyana Taylor dancing in a workout room. (She also has brief steamy scene with her fiancé, NBA player Iman Shumpert)

With her amazing dance moves and body, Taylor completely slays in the video and she’s got everybody talking. Though Taylor entered the music scene in 2007 and has worked with West in the past, as well as with people like Jay Z and Chris Brown, wanting to capitalize on her “Fade” buzz, some white publications have decided to do the honor of “introducing” her to the world.

This Is Why the Girl in Kanye West's New Music Video Looks So Familiar https://t.co/47HsS3elpE pic.twitter.com/oXE0k3nNqa

Who Is Teyana Taylor? Get to Know the Woman in Kanye West's "Fade" Video https://t.co/85dpWg9Ker pic.twitter.com/cTVH38FNdE

If you didn't know who @TeyanaTaylor was before, you sure do now: https://t.co/47uv6O2Wlq #vmas

Curious about the star of @KanyeWest's "Fade" video? Here are 5 fun facts about her https://t.co/KMVwYMVnzF #VMAs pic.twitter.com/J4fSgvVitG

Now, you know Black Twitter and every other woke person was not gonna let this slide. Twitter quickly let the “white media” know what’s up and praised Taylor’s already established career.

Dear White media. Teyana Taylor is her name. She is an extraordinarily talented artist with her own music and career. #Fade #VMAs

Dear Non Music sites,
There's no need to "introduce" us to Teyana Taylor.
We know her.
Thanks.#VMAS

You could have also just looked in…@Cosmopolitan because she was in your mag https://t.co/Dyll79MU9W https://t.co/cNFOclWZNv

1)"The girl" is Teyana Taylor 2) She did more than Sweet 16. 3) This once again proves why we need diverse newsrooms https://t.co/7gDz6dpNWq

Media tryna "introduce" us to Teyana Taylor….bitch we been knowing her since 2010!!!! Tf

It’s a shame that some believe styles, trends, and even artists aren’t popular unless white people know about it and then feel the need to “introduce” it to the world. We already know who Taylor is, it’s you who needs the introduction.